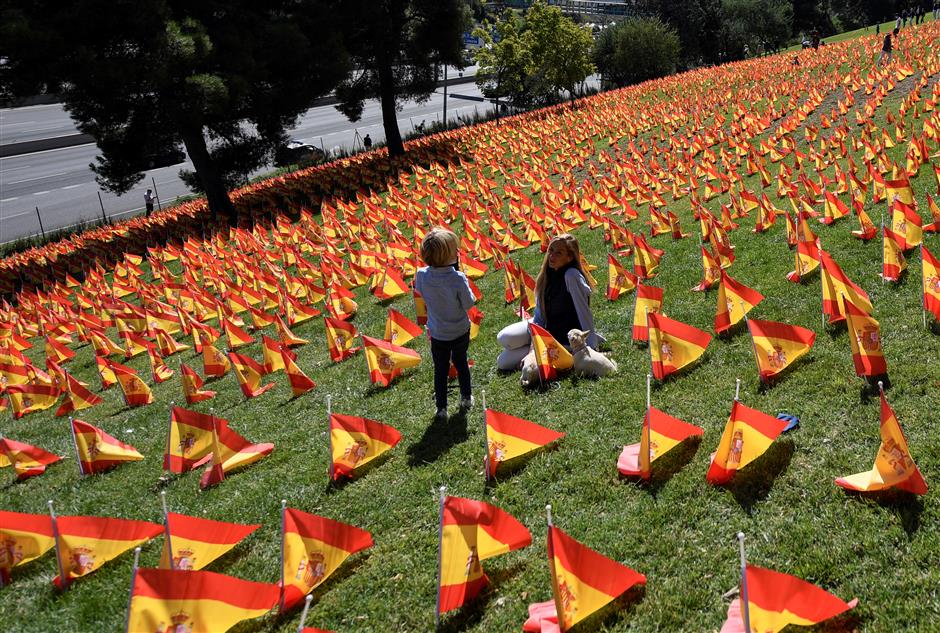 Woman and child sit among thousands of Spanish flags, representing the Spanish victims of the coronavirus pandemic, in the Roma park of Madrid, the country’s capital.

More than 1 million people have died from COVID-19, marking a grim milestone in the spread of the disease that has ravaged the world economy and upended lives.

Drastic controls that put more than 4 billion people under some form of lockdown by April at first slowed the spread, but since restrictions were eased, infections have soared again.

On Monday, contagions in India, where 1.3 billion people live, surged past 6 million, keeping the country second to the United States in number of reported cases.

Health experts have warned about the potential for the coronavirus to spread during the upcoming religious festival season, which is marked by huge gatherings of people in temples and shopping districts.

But even as infections soar, most Indian states have completely opened up in an effort to repair an economy that is suffering its worst slump in decades after India imposed a draconian lockdown in late March, which forced India’s 1.4 billion people to stay indoors, closed businesses and triggered an exodus of millions of informal workers who lost their jobs in the cities.

Europe, hit hard by the first wave, is now facing another surge in COVID-19 cases.

One million Madrid residents were order to partial lockdown on Monday. The city and the surrounding region is at the epicenter of a second wave of coronavirus that is sweeping Spain, which has claimed more than 31,000 lives and infected over 700,000 in the highest infection rate in the European Union.

Since midnight, the new measures impose mobility restrictions on another 167,000 people who can only leave their neighborhoods for work, school or medical reasons.

Police were conducting random checks to ensure compliance with the new rules, which now apply to nearly one in six of the region’s 6.6 million residents.

Over the past week, Spain has registered the highest number of new cases within the EU with a rate of nearly 300 per 100,000 inhabitants — but in the Madrid region, the figure is currently more than 700 per 100,000.

Marseille under lockdown from Sunday.

In France, bars and restaurants were ordered to close in its second largest city Marseille from Sunday evening for at least one week.

Milder restrictions have also been ordered in 10 other cities including Paris, with gyms shut down, public gatherings of more than 10 people banned and bars ordered to close at 10pm.

France has seen a steady increase in new infections and hospitalizations in recent weeks.

In Germany, Chancellor Angela Merkel’s spokesman urged citizens to keep to strict hygiene measures. “The development of infection numbers is of great concern to us,” Steffen Seibert said. “We can see from some of our European friends where that could lead.”

As the restrictions tighten, protests and anger are rising as businesses worry about their survival and individuals grow frustrated about their jobs and families in the face of another round of curbs. Authorities are clashing with anti-lockdown protesters around the world.

In Mid-September, the World Health Organization has warned deaths toll could even double to 2 million without more global collective action. 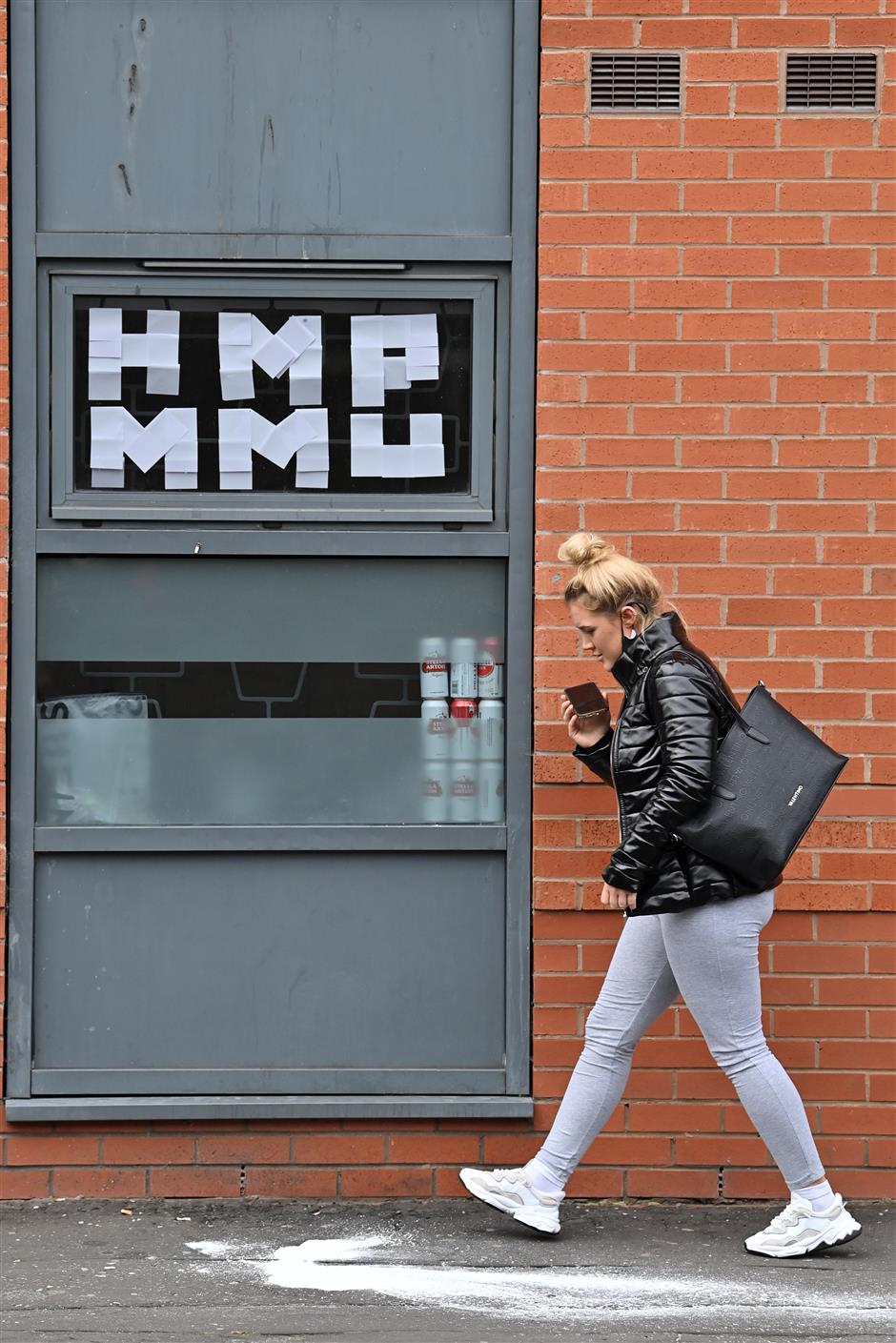 A woman walks past messages pasted inside the windows of the Cambridge Halls student accommodation, for students at Manchester Metropolitan University, in Manchester, northwest England on Monday, as many students live in a temporary lockdown in a bid to reduce the spread of COVID-19 on the campus.

As authorities sought to contain COVID-19 outbreaks at British universities on Sunday, some students complained they were being “imprisoned” in their dormitories and politicians debated whether young people should be allowed to go home for Christmas.

Students at universities in Glasgow, Manchester and Edinburgh — who have returned to campus in the past few weeks — are being asked to self-isolate in their residence halls, with security guards at some schools preventing young people from leaving their buildings.

While students at Glasgow University greeted the lockdown with humor, posting signs asking passers-by to “send beer,” those in Manchester had a darker message, taping “HMP MMU” in their windows, suggesting the dormitory had become “Her Majesty’s Prison Manchester Metropolitan University.”

Dominic Waddell, 21, a first-year filmmaking student at MMU, said some students didn’t even receive e-mails informing them about the lockdown.

“There was a security guard that just arrived at the gate of our accommodation and he wasn’t letting anybody leave, not really explaining what was going on,” Waddell said.

The controversy is the latest to embroil Prime Minister Boris Johnson’s government as the spread of COVID-19 accelerates across the UK. He last week announced a 10pm curfew on bars and restaurants throughout England, along with other restrictions on social interactions.

Young people have been particularly hard hit, even though they are less likely to become seriously ill.

The closure of schools in spring semester canceled national achievement tests and threw university admissions into disarray. First-year students have had to forego social events at the start of their college careers, and the job prospects for graduates look bleak as unemployment rises.