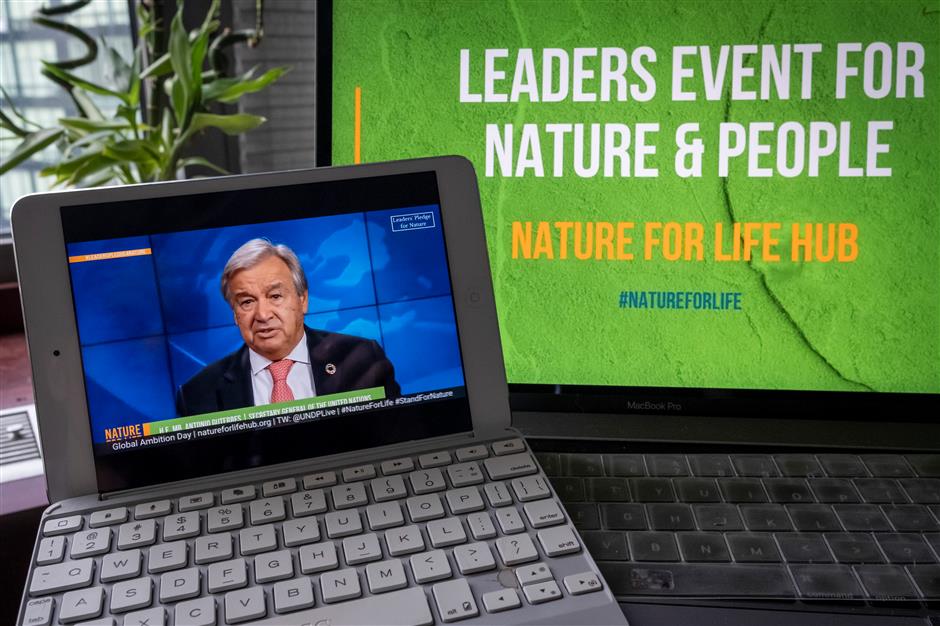 UN Secretary-General António Guterres addresses the virtual event during the 75th session of the United Nations General Assembly, on Monday, in New York.

The G20 leaders summit will be held virtually on November 21-22, Saudi Arabia said on Monday, as the COVID-19 pandemic thwarted Riyadh’s hopes of hosting the gathering in the kingdom to boost its international standing.

Saudi Arabia, the world’s top oil exporter and a leading US ally, took over the G20 presidency at a time of heavy global criticism of its human rights record after the 2018 murder of journalist Jamal Khashoggi and of the war in neighboring Yemen.

Riyadh has sought to turn attention to reforms launched by de-facto ruler Crown Prince Mohammed bin Salman to open up the kingdom and diversify its economy.

King Salman, who had surgery in July, will chair the November summit, a G20 Saudi secretariat statement said.

Saudi leaders had hailed the kingdom’s G20 presidency as proof of its leading role in the global economy, but the majority of the meetings have been held virtually due to the coronavirus.

The summit will focus on “protecting lives and restoring growth, by addressing vulnerabilities uncovered during the pandemic and by laying down foundations for a better future,” the statement said.