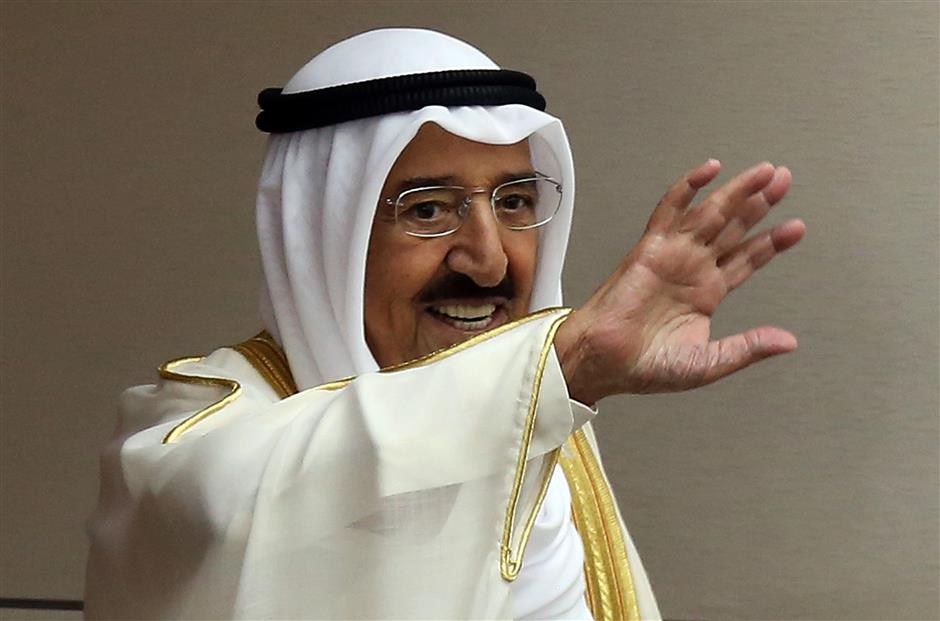 In this file photo taken on October 30, 2018, Kuwait's Emir Sheikh Sabah Al-Ahmad Al-Jaber Al-Sabah gestures upon his arrival at the opening ceremony of the new legislative year in Kuwait City.

The government prays for the success of the new ruler in his efforts to ensure the security and growth of the country, the Kuwaiti Deputy Prime Minister Anas Al-Saleh said in a statement.

On October 16, 2013, a royal decree was issued to name Sheikh Nawaf as first deputy prime minister and minister of interior.

The late Kuwaiti Emir Sheikh Sabah passed away at the age of 91 on Tuesday, according to Amiri Diwan.

On July 23, the emir left for the United States to complete medical treatment following his recent surgery.

He was admitted to hospital in Kuwait on July 18 for a medical checkup and had a "successful" surgery a day later.