Trump back in hospital after saluting supporters 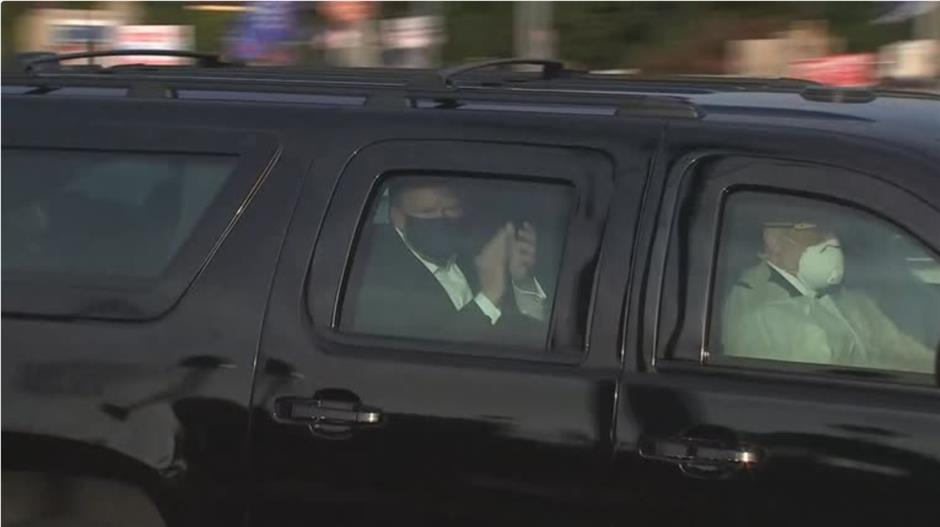 US President Donald Trump seen in a dark face mask, waving to crowds.

US President Donald Trump drove past supporters on Sunday outside the hospital where he was being treated for COVID-19, after announcing on Twitter a "surprise visit" to his backers.

Seen in a dark face mask, waving to crowds, the president's motorcade rolled past before returning to the Walter Reed military hospital near Washington.

"We're going to pay a little surprise to some of the great patriots that we have out on the street," Trump said in a video posted to Twitter shortly before his appearance.

"I'm about to make a little surprise visit."

Trump also said he "learned a lot about COVID"  by "really going to school," as he has battled the virus in hospital.

"This is the real school. This isn't the 'let's read the books school,' and I get it, and I understand it, and it's a very interesting thing," he added.

Trump's doctors said Sunday that he has "continued to improve," adding that he could be discharged as early as Monday.