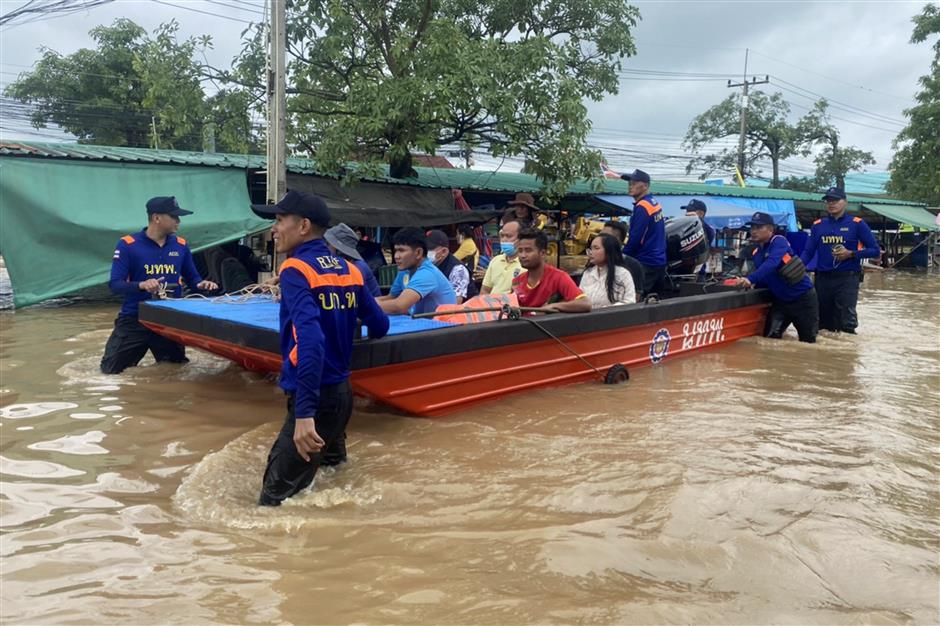 Royal Thai Armed Forces personnel use a boat on Sunday to transport residents affected by floodings in Kanchanaburi and Rachaburi, western province of Thailand.

Climate change is largely to blame for a near doubling of natural disasters in the past 20 years, the United Nations said on Monday.

The UN Office for Disaster Risk Reduction said 7,348 major disaster events had occurred between 2000 and 2019, claiming 1.2 million lives, affecting 4.2 billion people and costing the global economy about US$2.97 trillion.

The sharp increase was largely attributable to a rise in climate-related disasters, including extreme weather events like floods, droughts and storms. Extreme heat is proving especially deadly.

“We are wilfully destructive,” UNDRR chief Mami Mizutori said in a virtual briefing. “That is the only conclusion one can come to when reviewing disaster events over the last 20 years.”

The report relied on statistics from the Emergency Events Database of all disasters that kill 10 or more people, affect 100 or more or result in a state of emergency.