Photo of a tiger embracing a tree wins big prize 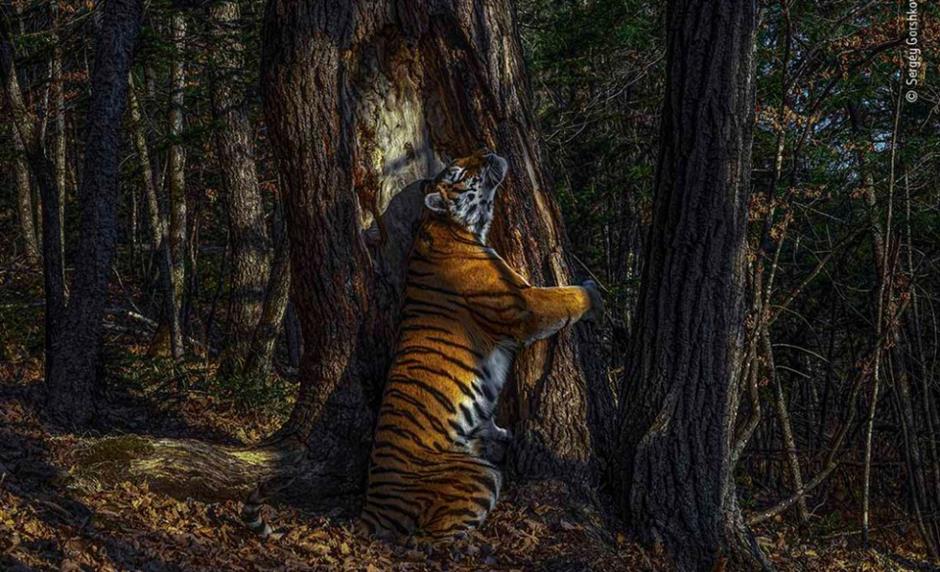 Sergey Gorshkov won the 2020 Best Wildlife Photographer Award with an image of a Siberian tiger.

The Russian photographer named the image with the title "Embrace," given that the tiger embraces a pine tree in the far east of Russia, in order to mark it with its scent. Gorshkov took more than 11 months to capture this image, using cameras with motion sensors.

Her Royal Highness Kate Middleton, Duchess of Cambridge, announced the image as the big winner of the Wildlife Photographer of the Year contest, which received more than 49,000 entries.