Two-thirds of Slovakians tested for virus 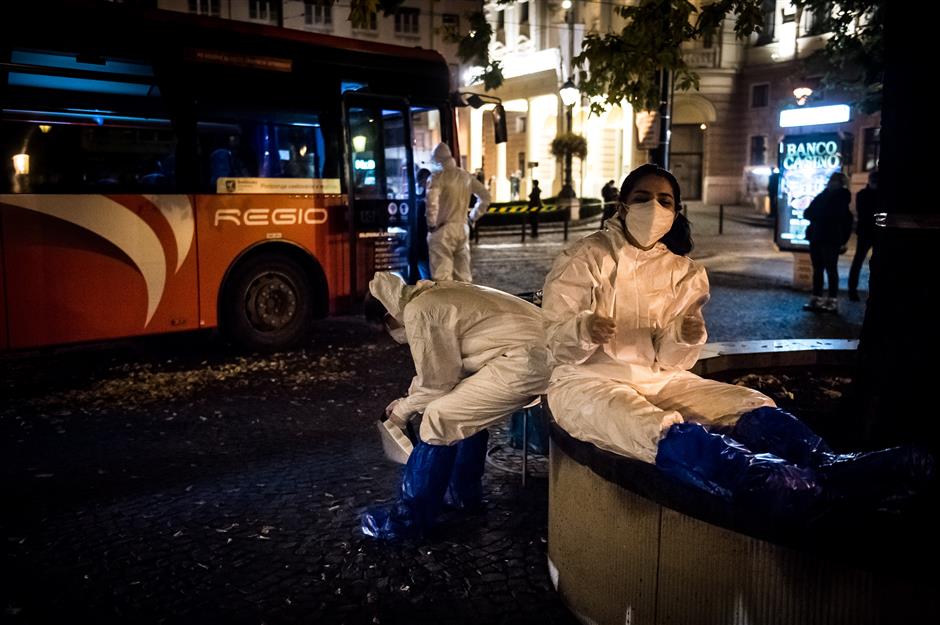 Medics rest during nationwide testing in Bratislava, Slovakia on Saturday. The country on Sunday began a program to screen its entire population for coronavirus.

Two-thirds of Slovakia’s population of 5.4 million people were tested for coronavirus over the weekend as part of a controversial nationwide program, officials said on Monday.

“We have made a great leap forward,” Prime Minister Igor Matovic told reporters.

“But we should not think that because of this 1 percent, now all is fine. It is not,” he added.

“In reality up to 2 percent of our inhabitants might be infected. It is not at all a good situation.”

Antigen tests give far quicker results than PCR tests, which involve nasal swabs that have to be sent to a laboratory, but they are less reliable.

Another round of tests has been scheduled for this coming weekend.

Participation is not mandatory but anyone who is not able to produce a negative test certificate if stopped by police could get a heavy fine.

Anyone who tests positive has to go immediately into quarantine for 10 days.