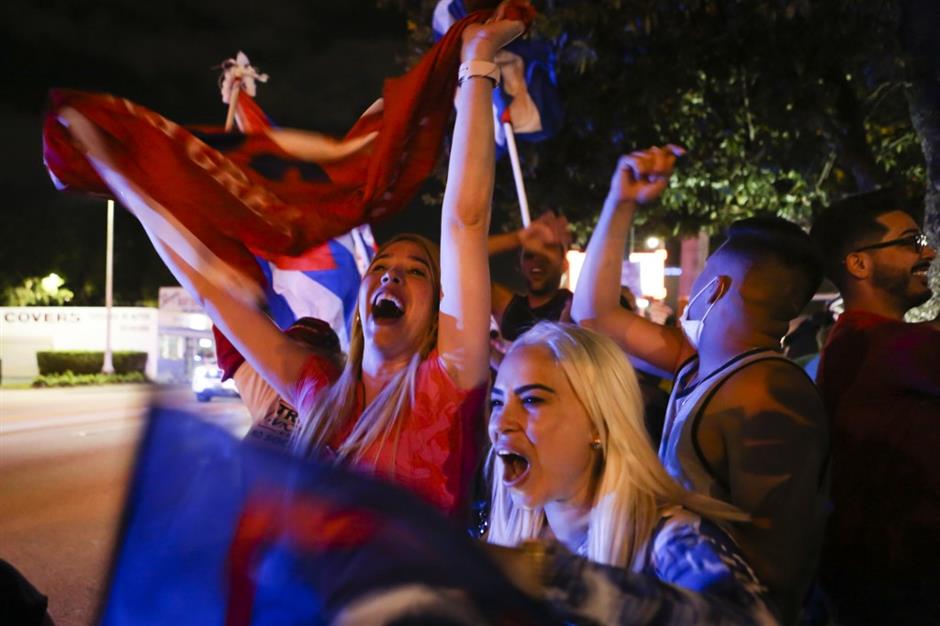 Supporters of US President Donald Trump rally in front of Cuban restaurant Versailles in Miami, Florida, on November 3.

US President Donald Trump won on Tuesday in Florida, one of the most important battleground states in his battle for reelection against Democratic challenger Joe Biden, US media projected.

With 29 electoral votes, the Sunshine State was seen as a must-win for Trump. He also won the state in 2016, besting Democrat Hillary Clinton by less than a percentage point.

The state is famous for nail-bitingly close election results, perhaps the most famous in 2000 between Republican George W. Bush and Democrat Al Gore, and its voters have picked the winner in 18 of the past 20 presidential elections.

Biden said on early Wednesday he believes he is "on track" to defeating Trump, and called for Americans to have patience with vote-counting as several swing states remain up in the air. 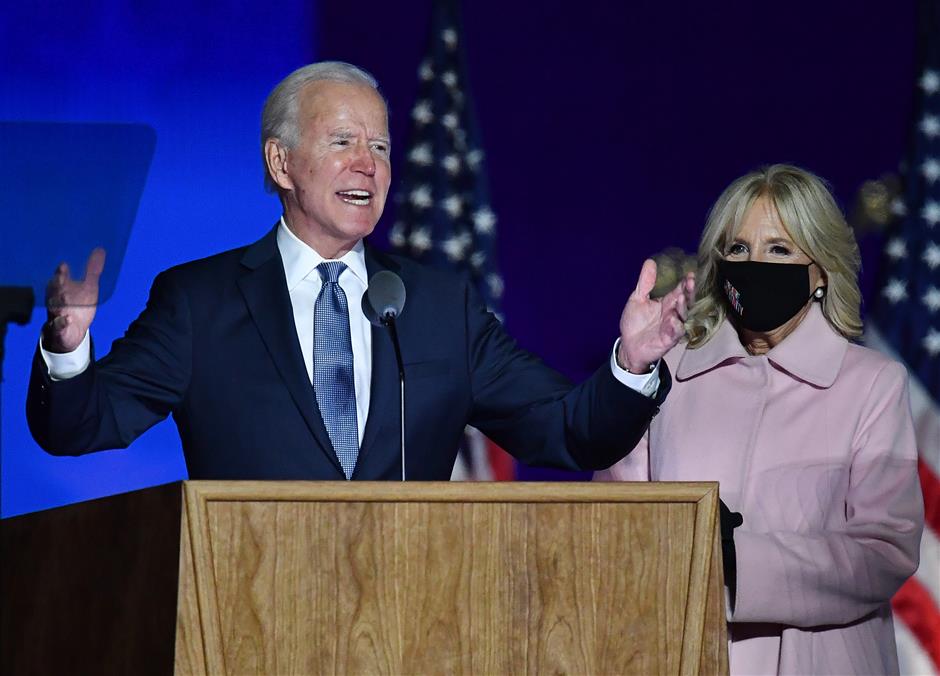 "We believe we are on track to win this election," Biden told supporters in nationally broadcast remarks delivered in his home city of Wilmington, Delaware, adding: "It ain't over until every vote is counted."

The 77-year-old former vice president also said he was "confident" about the state of Arizona, a battleground that Trump won in 2016 but which Biden was substantially leading in with about 77 percent of ballots counted.

Trump said he expected a "big win" and accused Democrats of trying to "steal" the election after rival Biden predicted victory.

"We are up BIG, but they are trying to STEAL the Election," Trump wrote on Twitter moments after Biden told supporters he expected to win.