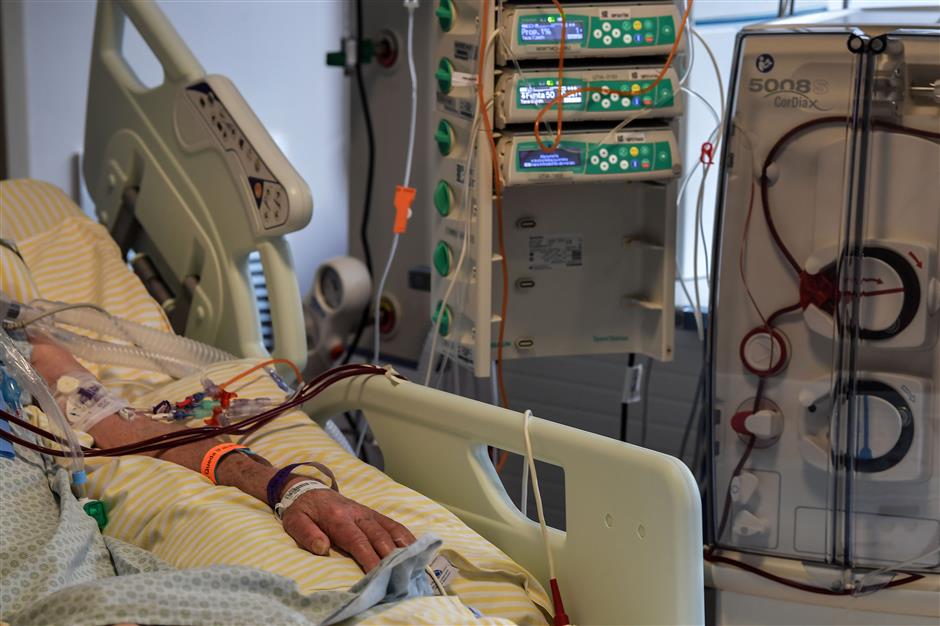 A COVID-19-infected patient at the intensive care unit, in the Albert Einstein hospital in Sao Paulo, Brazil, on Monday.

After struggling for months to get its spiraling COVID-19 death toll under control, Brazil is now threatened by the nightmare scenario that has already shaken the United States and Europe: a second wave.

Brazil has been one of the countries hit hardest by the pandemic, with more than 166,000 people killed — the highest number in the world after the United States.

After a seeming plateau, with more than 1,000 deaths a day from June to August, on a seven-day rolling average, the numbers had finally been falling in the country of 212 million people.

But after dropping to as low as 350 deaths per day early last week, the rolling average has risen above 400 again.

There is also a worrying trend in the number of hospitalizations.

That led the state government to put the brakes on its gradual exit from partial lockdown.

However, eight months after the pandemic reached the country, Brazilians are showing signs of fatigue with social distancing measures.