Denmark sorry, but defends mink cull due to virus worry 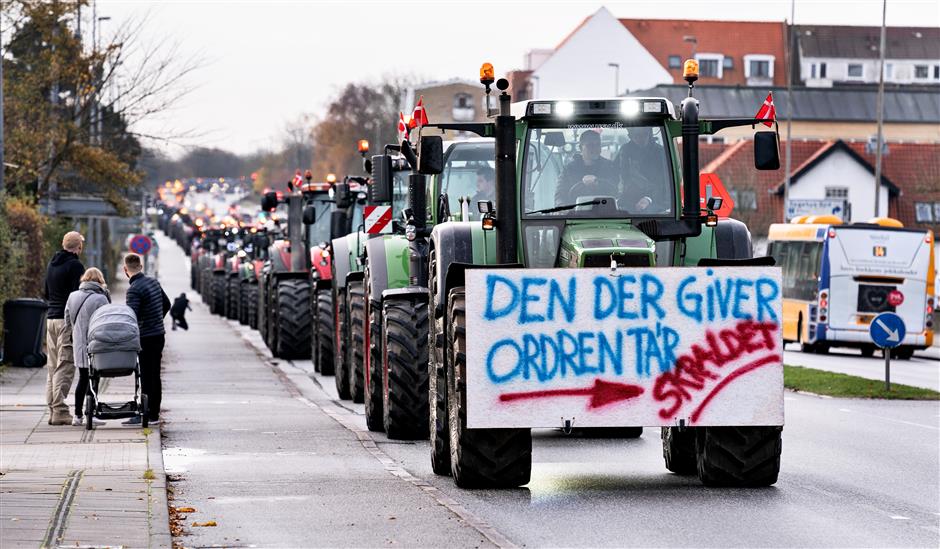 A farmer on a tractor with a placard reading ‘The one who gives the order — Garbage’ protests on Saturday in Aalborg, northwestern Denmark, during a rally against the Danish governments' unconstitutional order to cull all mink in the country due to a mutated coronavirus.

The Danish government said on Tuesday that a majority in parliament backed its decision to cull the country’s 15 million minks over concerns about a mutated version of the coronavirus that has spread among the animals.

The government had announced the cull despite not having the right to order the killing of healthy animals, an embarrassing misstep that caused it to scramble to build political consensus.

The Social Democratic government made a deal late on Monday with four left-leaning and center parties to support a law proposal that would allow the culling of all mink, including those outside northern Denmark where infections have been found.

The proposal also bans mink farming until the end of 2021.

“There is now an agreement that will take care of that,” Mogens Jensen, the agriculture minister, said parliament.

“I would like to apologize to the Danish mink breeders that it was not made clear that there was no legal basis.”

It was unclear when a parliamentary vote would happen.

The mutated version of the coronavirus found among minks can be transmitted to people, although there is no evidence it is more dangerous.

Earlier this month, authorities said that 11 people were sickened by it.