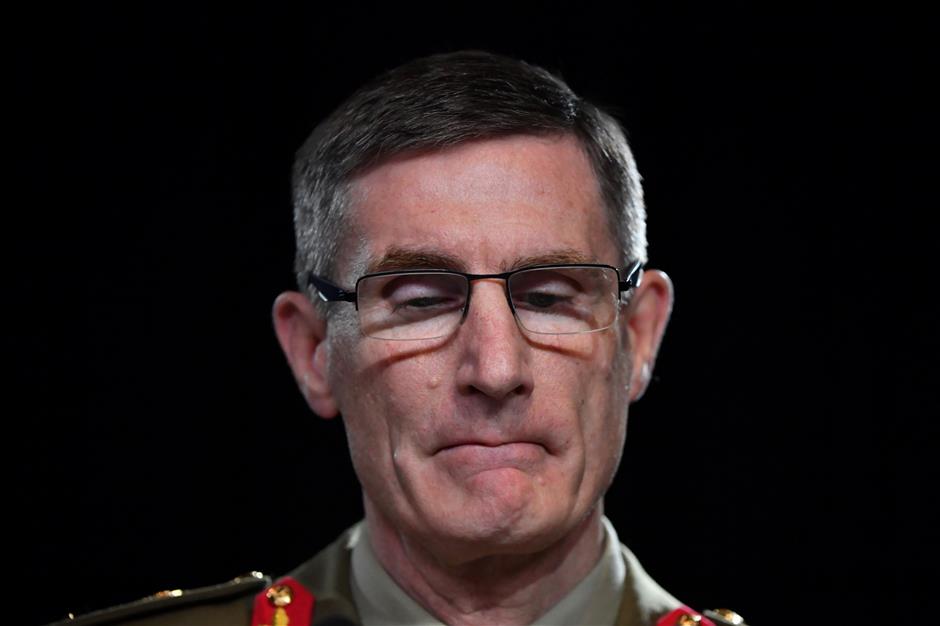 Australia's elite special forces "unlawfully killed" 39 Afghan civilians and prisoners, including summary executions as part of initiation rituals, according to evidence in a searing military inquiry now being referred to a special war crimes prosecutor.

A yearslong internal investigation into military misconduct was released on Thursday, prompting the Chief of the Australian Defence Force to admit a "destructive" culture of impunity among special forces leading to a string of alleged murders and cover-ups spanning years.

"Some patrols took the law into their own hands, rules were broken, stories concocted, lies told and prisoners killed," General Angus Campbell said, apologizing "sincerely and unreservedly" to the people of Afghanistan.

"This shameful record includes alleged instances in which new patrol members were coerced to shoot a prisoner in order to achieve that soldier's first kill, in an appalling practice known as 'blooding.'"

The report also reported evidence that troops were engaged in "body count competitions," and covered up unlawful killings by staging skirmishes, planting weapons and adding names to target lists retrospectively.

The military's own inspector general produced the harrowing 465-page official inquiry into events between 2005 and 2016 that detailed dozens of killings "outside the heat of battle."

It recommended 19 individuals be referred to Australian Federal Police, compensation be paid to the families of victims, and the military makes a slew of reforms.

Campbell went a step further, saying those involved had brought a "stain" on their regiment, on the armed forces and on Australia, and would be referred to the office of the special investigator for war crimes.

He also moved to revoke distinguished service medals awarded to special operations forces who served in Afghanistan between 2007 and 2013.

After the September 11, 2001, attacks, more than 26,000 Australian uniformed personnel were sent to Afghanistan to fight alongside US and allied forces against the Taliban, Al-Qaeda and other Islamist groups.

Australian combat troops officially left the country in 2013, but since then a series of often-brutal accounts have emerged about the conduct of elite special forces units.

They range from reports of troops killing a 6-year-old child in a house raid, to a prisoner being shot dead to save space in a helicopter.

Prime Minister Scott Morrison attempted to cushion the blow of the report, telling Australians last week to brace for the "honest and brutal truths" contained within the heavily redacted document, which censors many highly inflammatory details.

Morrison also called his Afghan counterpart on Wednesday to foreshadow "some disturbing allegations" that the government was taking "very seriously."

The office of President Ashraf Ghani said Morrison had "expressed his deepest sorrow over the misconduct."

Last week, Morrison announced the appointment of a special investigator to prosecute the alleged war crimes, a move aimed at forestalling any prosecution at the International Criminal Court.

The revelations will "definitely" be used by the Taliban to restate calls "for foreign forces to withdraw from Afghanistan," Srinjoy Bose, an international relations lecturer at the University of New South Wales, told AFP.

"I would imagine that the Australian presence in Afghanistan, for the coming weeks and months, will be afforded greater protection."

The revelations are also a serious blow to the prestige of the country's military, which is widely revered by Australians.