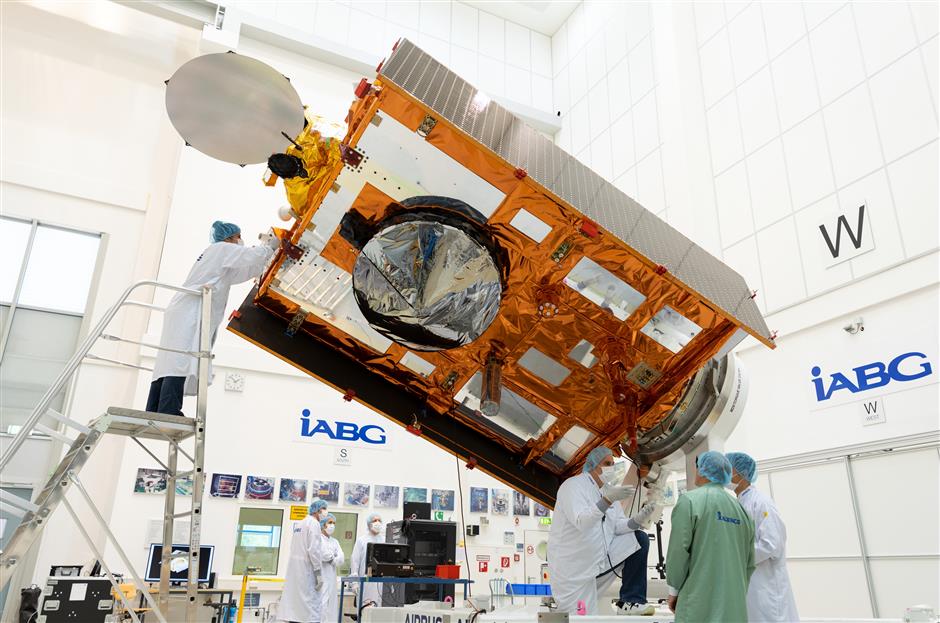 This handout photograph taken on July 17, 2020, and released by The European Space Agency on Thursday, shows the Sentinel-6 satellite on test in Germany, dedicated to measuring sea levels.

A US-European satellite designed to extend a decades-long measurement of global sea surface heights was launched into Earth orbit from California on Saturday.

A SpaceX Falcon 9 rocket carrying the satellite blasted off from Vandenberg Air Force Base at 9:17am and arced south over the Pacific Ocean.

The Falcon’s first stage flew back to the launch site and landed for reuse.

The Sentinel-6 Michael Freilich satellite was released from the second stage about an hour later.

It then deployed its solar panels and made first contact with controllers.

The satellite’s main instrument is an extremely accurate radar altimeter that will bounce energy off the sea surface as it sweeps over Earth’s oceans.

Space-based sea level measurements have been uninterrupted since the 1992 launch of the US-French satellite TOPEX-Poseidon, which was followed by a series of satellites.

Sea surface heights are affected by heating and cooling of water, allowing scientist to use the altimeter data to detect such weather-influencing conditions as the warm El Nino and the cool La Nina.

The measurements are also crucial for understanding overall sea level rise due to global warming.