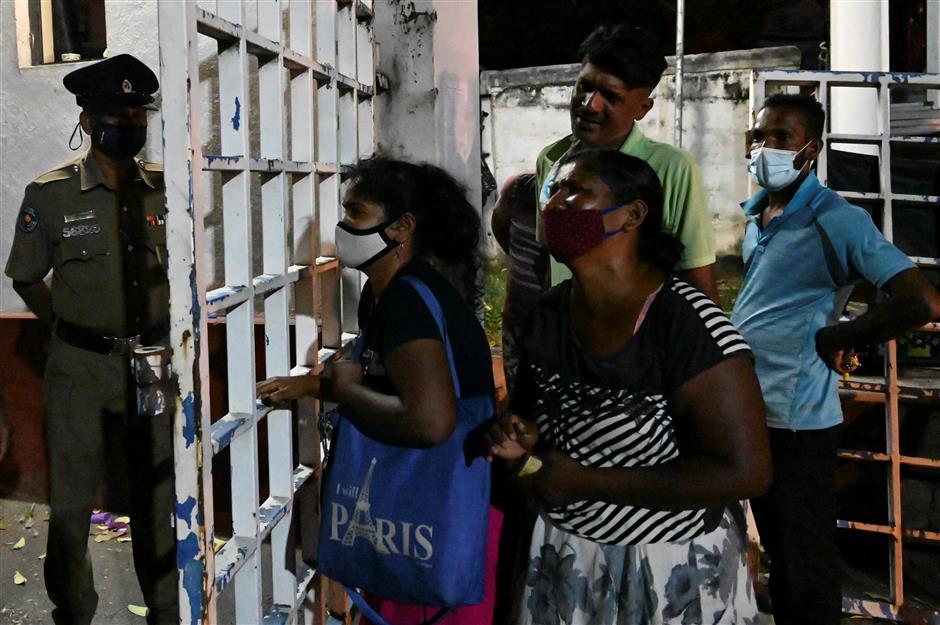 Relatives of inmates weep at Ragama hospital on the outskirts of Colombo on Monday, a day after a prison riot over the surge of coronavirus infections.

Sri Lanka’s prisons have seen weeks of unrest as the number of COVID-19 cases soared and authorities banned visits.

Two inmates have died of the disease, and more than 1,200 guards and prisoners have been infected.

Inmates at the high-security Mahara jail outside Colombo fought with guards through Sunday night after setting fire to the kitchens and an administrative block and taking two wardens hostage.

On Monday, intermittent gunfire rang out as around 800 security force personnel — including 200 police commandos — retook control.

Prison Reforms Minister Sudarshini Fernandopulle said they had no choice but to open fire to prevent a breakout. “Unfortunately, eight inmates have been killed,” Fernandopulle told parliament.

“Prison authorities have moved in and taken full control, but the inmates have caused extensive damage to property.”

Medical sources said 71 inmates were admitted to the nearby Ragama hospital, mostly with gunshot wounds.

“The two officers have been rescued and hospitalized,” police spokesman Ajith Rohana said.

The riot at the overcrowded jail, holding nearly 10,000 prisoners, began when inmates broke out of their cells to protest after the number of infections passed 180.

Last week authorities banned prison visits and staff from traveling across the country as the number of COVID-19 cases increased.