False virus alarm on a 'cruise to nowhere' 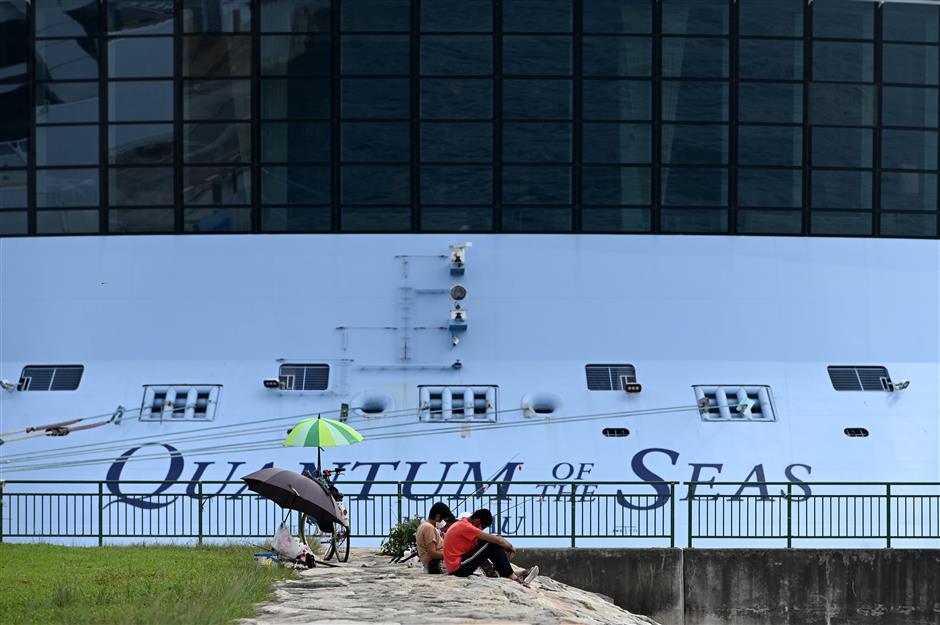 People sit on a breakwater near the Royal Caribbean cruise ship Quantum of the Seas, currently docked at Marina Bay Cruise Centre, in Singapore on Tuesday.

A SUSPECTED COVID-19 case aboard a “cruise-to-nowhere” from Singapore which forced the ship to return to dock and nearly 1,700 guests to isolate was a false alarm, the government said on Thursday.

Passengers on Royal Caribbean’s Quantum of the Seas vessel were held in their cabins for more than 16 hours on Wednesday after an 83-year-old man was tested positive for COVID-19 aboard the ship when he sought medical help for diarrhoea.

But Singapore’s health ministry said yesterday the man did not have the virus after three subsequent tests on land came back negative.

While authorities praised the response to the incident, tourism experts said it highlighted testing frailties and the burden that puts on businesses trying to resume operations even in a country that has largely tamed the virus.

“We have to live with less-than-perfect testing kits,” said Michael Chiam, a senior tourism lecturer at Singapore’s Ngee Ann Polytechnic.

“This may be costly to businesses.”

The health ministry said close contacts of the guest to would no longer need to quarantine. And it would help review testing processes aboard the ship.

Miami-based Royal Caribbean, which had just started offering the trips after it halted global operations in March due to the coronavirus pandemic, said in a statement it welcomed the news and that it would work to “refine” its protocols.

The cruises-to-nowhere were part of Singapore’s efforts to revive a tourism industry which has been battered by the pandemic as borders around the world have closed.