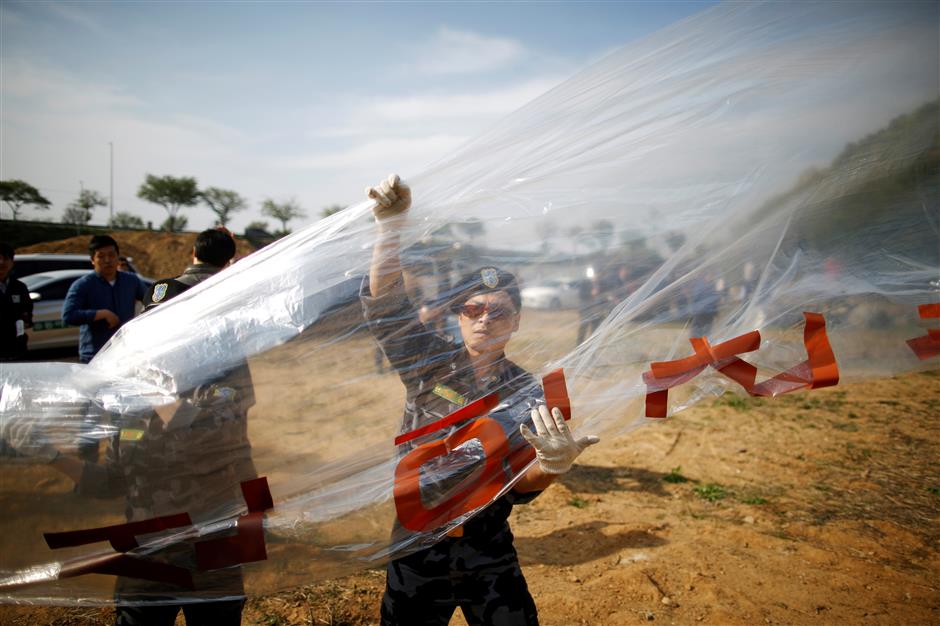 In this file photo taken in the year 2016, A North Korean defector prepares to release a balloon containing leaflets denouncing DPRK leader Kim Jong Un, near the demilitarized zone in Paju, South Korea.

South Korea’s parliament passed a bill on Monday to prohibit the launching of propaganda leaflets into the Democratic People’s Republic of Korea.

Groups run by DPRK defectors and other campaigners have for decades sent anti-Pyongyang leaflets — alongside food, medicine, US$1 bills, mini radios and USB sticks containing South Korean news and dramas — into the DPRK, usually by balloon or in bottles on border rivers.

The DPRK has long denounced the practice.

The amendment to the Development of Inter-Korean Relations Act bars any scattering of printed materials, goods, money and other items of value across the frontier. It also restricts loudspeaker propaganda broadcasts.

Any violation of the law, which will take effect in three months, is punishable by up to three years in jail or 30 million won (US$27,500) in fines.

The change was approved despite filibuster efforts from opposition lawmakers to block the super-majority of the ruling party of President Moon Jae-in, who is keen to improve cross-border ties.

The bill was introduced in June by ruling party lawmakers after Kim Yo Jong, the sister of DPRK leader Kim Jong Un, warned that Seoul should enact a law to stop leaflets or face the “worst phase” of relations.