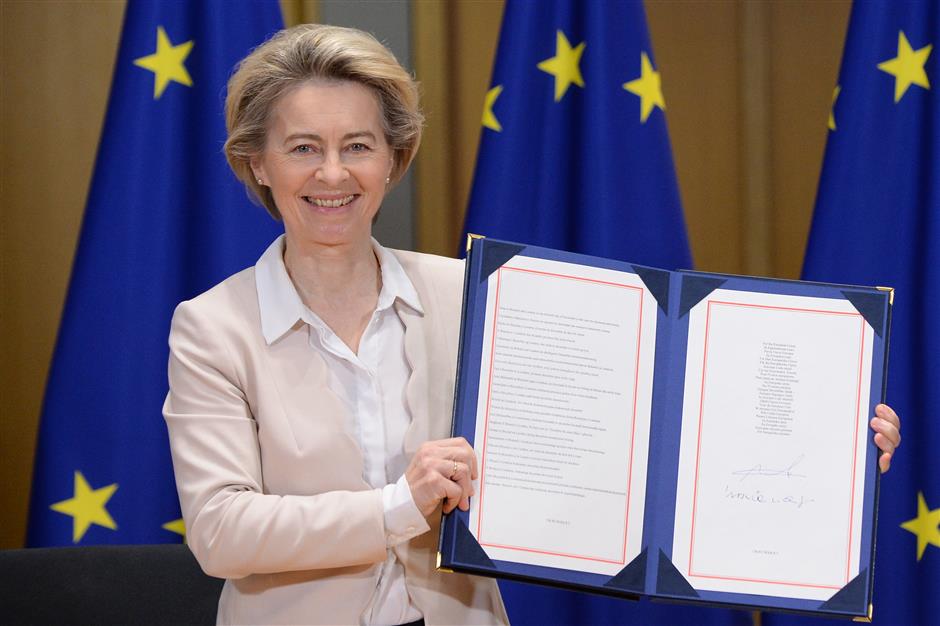 “The agreement that we signed today is the result of months of intense negotiations in which the European Union has displayed an unprecedented level of unity,” Michel said.

“It is a fair and balanced agreement that fully protects the fundamental interests of the European Union and creates stability and predictability for citizens and companies.”

The UK Parliament will later start debating the agreement setting up new trade rules between the 27-nation bloc and former member Britain. It is set to provisionally enter into force tomorrow.

The agreement eventually needs approval from Britain’s Parliament, and from the EU’s legislature, which is not expected to take up the deal for weeks.

The leaders of the European Parliament’s political groups said they would not seek full approval until March because of the specific and far-reaching implications of the agreement. The EU lawmakers are expected to approve it.

The 1,240-page post-Brexit deal was sealed by the EU and the UK on Christmas Eve, just a week before the year-end deadline.

“On major issues, the European Union stands ready to work shoulder to shoulder with the United Kingdom,” Michel said.