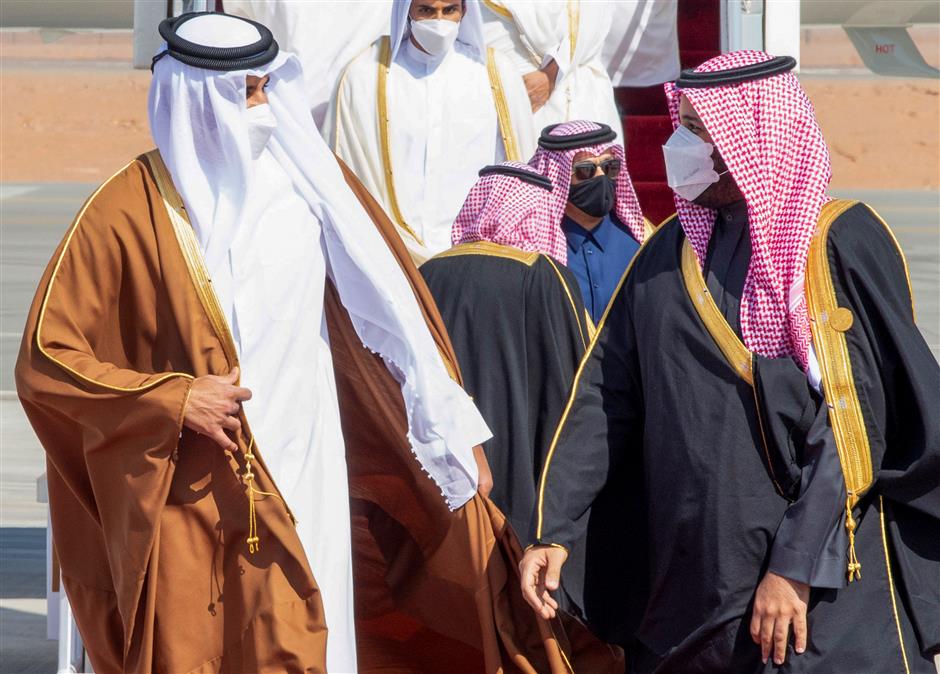 Gulf leaders signed a “solidarity and stability” deal on Tuesday after the leaders of Saudi Arabia and Qatar publicly embraced, bringing Doha back into the regional fold after a three-year rift.

Saudi Arabia had led a coalition of countries in the Gulf and beyond to cut ties and transport links with Qatar in June 2017.

Those countries, along with Oman and Kuwait which have mediated between the two sides, signed a rapprochement deal in the Saudi city of al-Ula, after Riyadh overnight reopened its land, sea and air borders to Doha.

The details of the agreement were not released, and analysts have warned that any deal could be preliminary in nature and may not immediately end all of the measures taken against Qatar.

But the warm welcome that Prince Mohammed extended to Qatar’s ruler Sheikh Tamim bin Hamad al-Thani, with the pair embracing at the airport and then chatting animatedly, indicates a significant breakthrough. Sheikh Tamim, visiting Saudi for the first time since the crisis began, was then whisked with the other leaders through al-Ula’s dramatic Martian landscape to the shimmering Maraya Concert Hall, a mirrored structure situated in a nearby valley.

“These are first steps or a first phase of reconciliation that will be followed by other steps. Some may belittle that progress, but resuming open direct communication and avoiding verbal attacks is progress,” said Kuwait University assistant professor Bader al-Saif.

“The other states ... will follow suit and pursue similar reconciliatory steps.”

Kuwaiti Foreign Minister Ahmad Nasser Al-Sabah announced on state television late on Monday that “it was agreed to open the airspace and land and sea borders between the Kingdom of Saudi Arabia and the State of Qatar, starting from this evening.”

Abu Dhabi’s Minister of State for Foreign Affairs Anwar Gargash tweeted an image of the stunning Maraya venue, saying that “from the Hall of Mirrors in Al-Ula, begins a bright new page.”

The United States had intensified pressure for a resolution to what Doha calls a “blockade.” Jared Kushner, Trump’s son-in-law and senior adviser who shuttled around the region to seek a deal, attended the signing in al-Ula.