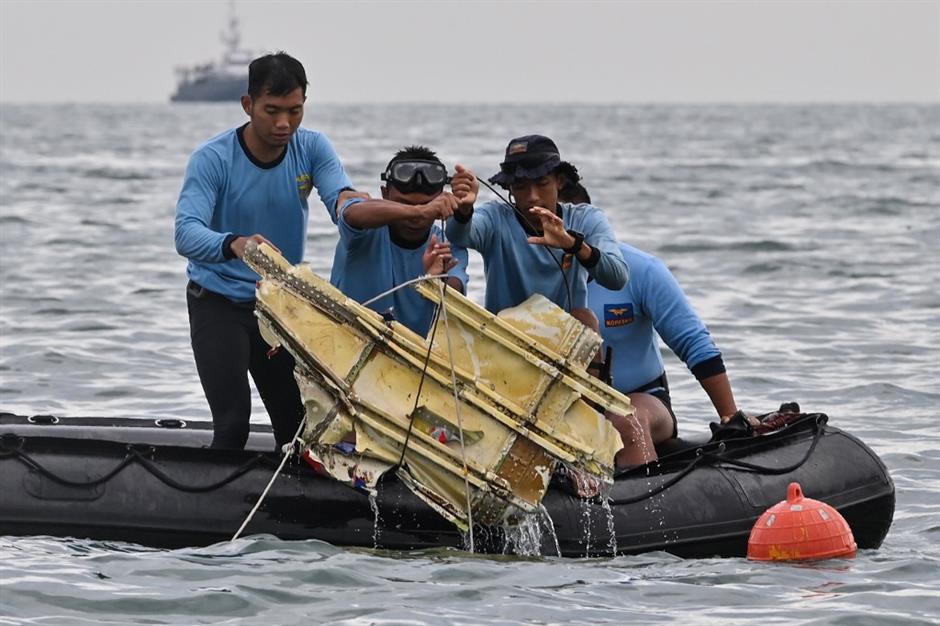 Indonesian Navy divers hold wreckage from Sriwijaya Air flight SJY182 during a search and rescue operation at sea near Lancang island on January 10, 2021, after the Boeing 737-500 crashed shortly after taking off from Jakarta airport on January 9.

Indonesian military chief Hadi Tjahjanto said on Sunday that a naval ship deployed to search for the Sriwijaya Air plane that crashed into the waters off Jakarta has caught a signal at the crash site.

Tjahjanto said naval ship KRI Rigela equipped with a remote-operated vehicle, which arrived at the search location at 3am local time on Sunday, detected the signal possibly from the aircraft.

"Based on the results of monitoring, and according to the coordinates given from the last contact, it is strongly suspected that there was a signal from the plane," he said at the Jakarta International Container Terminal (JICT) at North Jakarta's Tanjung Priok seaport.

He added that a team of divers would be deployed to search for the ill-fated plane in the area.

The Boeing 737-500 aircraft, flying from the capital Jakarta to Pontianak city in West Kalimantan province on Saturday afternoon, crashed into the Java Sea off the Seribu District in north of Jakarta. It was carrying 50 passengers, including seven children and three babies, and 12 crew members.