Joy for Qataris as border with Saudi Arabia reopens 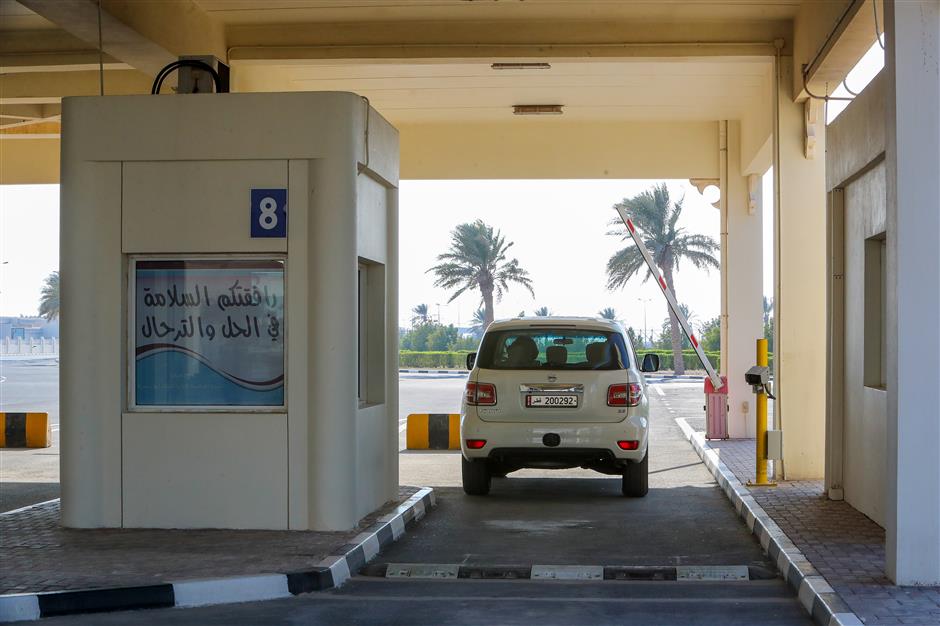 A car crossing the Qatari side of the Abu Samrah border into Saudi Arabia following the opening of crossings between the two countries on Saturday.

Qataris celebrated crossing their border with Saudi Arabia on Sunday after the ending of a five-year Gulf diplomatic thaw.

Drivers arrived at the Salwa border crossing in Saudi Arabia, 500 kilometers east of the kingdom’s capital Riyadh, from the Qatari land crossing at Abu Samrah for the second day following its reopening.

“Coming from Qatar is like coming to our second country, where there’s no difference between them and us in their traditions,” said Mohammed al-Marri, a Qatari who had traveled into Saudi Arabia.

Since the reopening of the border, 167 Qatari cars had entered Saudi Arabia, while 35 Qatari vehicles had crossed back into Qatar, said Ali Lablabi, general manager of Salwa’s customs department.

“This happiness — no one can describe it,” said Ghaith al-Marri, a Qatari.

“There are people who started crying” when the border reopened, he said.

Qatar Airways and Saudi Airlines announced on Saturday on Twitter that they would begin resuming flights from today.

Saudi Arabia shut its side of Qatar’s only land border in June 2017 as part of a package of sanctions it said was a response to Doha’s backing of radical Islamist groups.

The kingdom, along with the United Arab Emirates, Bahrain and Egypt, agreed to lift the restrictions at a Gulf Cooperation Council summit last Tuesday.