US Democrats move to impeach Trump in final days of presidency 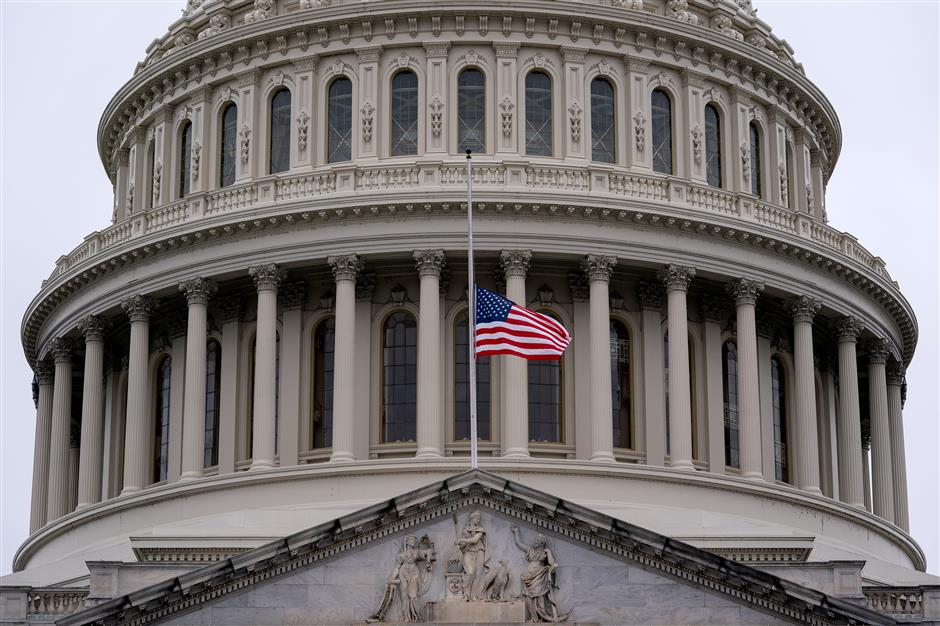 An American Flag flies at half staff at the US Capitol on January 11, 2021, in Washington, DC. President Donald Trump ordered American flags to fly at half staff to honor two US Capitol Police officers who died following the violence on Capitol Hill last Wednesday.

Congressional Democrats on Monday formally began the process of impeaching President Donald Trump for a historic second time, accusing him of "incitement of insurrection" over his supporters' deadly storming of the US Capitol.

The move — which threatens to torpedo the single-term president's future political ambitions — could make for a frenetic culmination of four years of controversy ahead of Joe Biden's January 20 inauguration.

Democrats introduced a resolution in the House of Representatives calling for Vice President Mike Pence and the Cabinet to remove Trump as unfit for office under the US Constitution's 25th Amendment.

But Republicans blocked its immediate adoption and Democrats followed up by introducing an article of impeachment of Trump for "incitement of insurrection."

Speaker Nancy Pelosi hit out at House Republicans, accusing them of enabling Trump's "unhinged, unstable and deranged acts of sedition to continue."

"Their complicity endangers America, erodes our Democracy, and it must end," she said in a statement.

The House is now scheduled to vote on Tuesday evening on the demand for Pence to invoke the 25th Amendment, and Pelosi will give him 24 hours to respond.

After that, she said, Democrats would move forward with an impeachment vote.

Biden has not publicly backed impeachment. But in Delaware, where the president-elect was receiving his second dose of the coronavirus vaccine, he told reporters: "I've been clear that President Trump should not be in office. Period."

Trump has been largely silent in recent days — making few statements and holding no news conferences. He has been banned from Twitter, his favored public platform, for language that could incite violence.

He plans to travel Tuesday to Texas in one of his final trips as president, reportedly to claim success in delivering on his pledge to build a border wall to keep out immigrants from Mexico.

As Democrats began to act, the Capitol building was open to lawmakers and staff but under tight security and ringed by a metal fence after Wednesday's assault by Trump supporters that left five people dead.

Trump was already impeached once by the Democratic-controlled House in December 2019 for pressuring Ukraine's president to dig up political dirt on Biden.

He was acquitted by the Republican-majority Senate.

If the House again votes to impeach, Trump would be the first US leader to be charged a second time with "high crimes and misdemeanors."