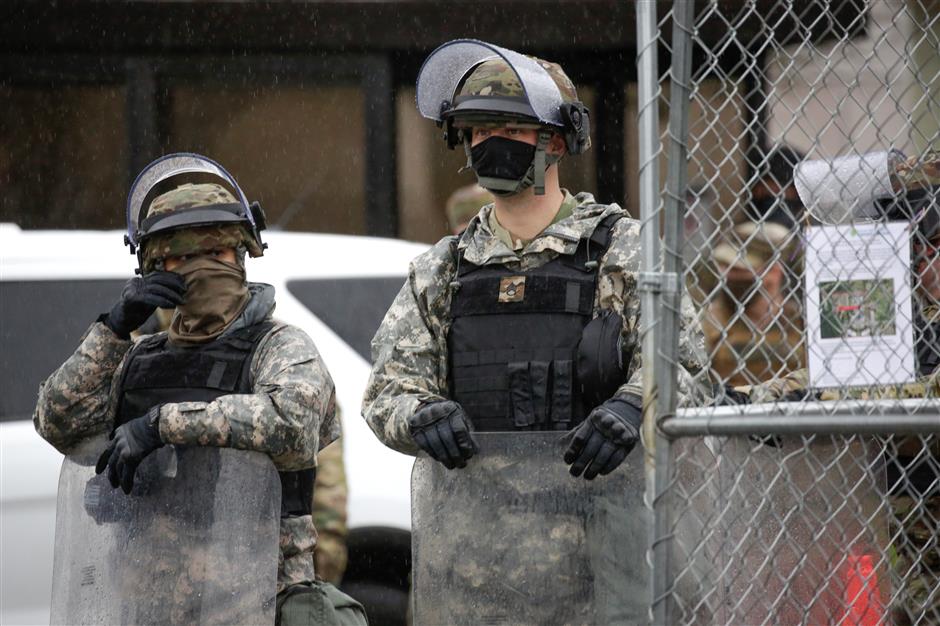 Members of the Washington National Guard and a fence surround the state Capitol in Washington on January 11, 2021.

US President Donald Trump on Monday approved the emergency declaration for Washington, DC, the nation's capital, through January 24, covering the date of President-elect Joe Biden's inauguration on January 20.

"Today, President Donald J. Trump declared that an emergency exists in the District of Columbia and ordered Federal assistance to supplement the District's response efforts due to the emergency conditions resulting from the 59th Presidential Inauguration from January 11 to January 24, 2021," the Office of the White House Press Secretary said in a statement.

The emergency declaration authorized the Department of Homeland Security and the Federal Emergency Management Agency to coordinate resources with state and local authorities, and came as Washington braced for heightened possibility of violence in the lead-up to and during Biden's inauguration.

The declaration was in response to a letter sent to Trump on Sunday by Washington DC Mayor Muriel Bowser, who already declared a 15-day public emergency for the city shortly after pro-Trump demonstrators stormed the US Capitol on January 6.

"In light of the attack on the Capitol and intelligence suggesting further violence is likely during the Inaugural period, my administration has reevaluated our preparedness posture for the Inauguration, including requesting the extension of DC National Guard support through January 24, 2021," Bowser wrote in the letter.

"I have determined that the plans and resources previously assigned to the Inauguration are insufficient to establish a safe and secure environment as a direct result of the insurrectionist actions that occurred on January 6," the mayor said. "Based on recent events and intelligence assessments, we must prepare for large groups of trained and armed extremists to come to Washington, DC."

On Monday, Bowser was joined by Virginia Governor Ralph Northam and Maryland Governor Larry Hogan in urging people to stay away from inaugural events, citing "last week's violent insurrection as well as the ongoing and deadly COVID-19 pandemic."