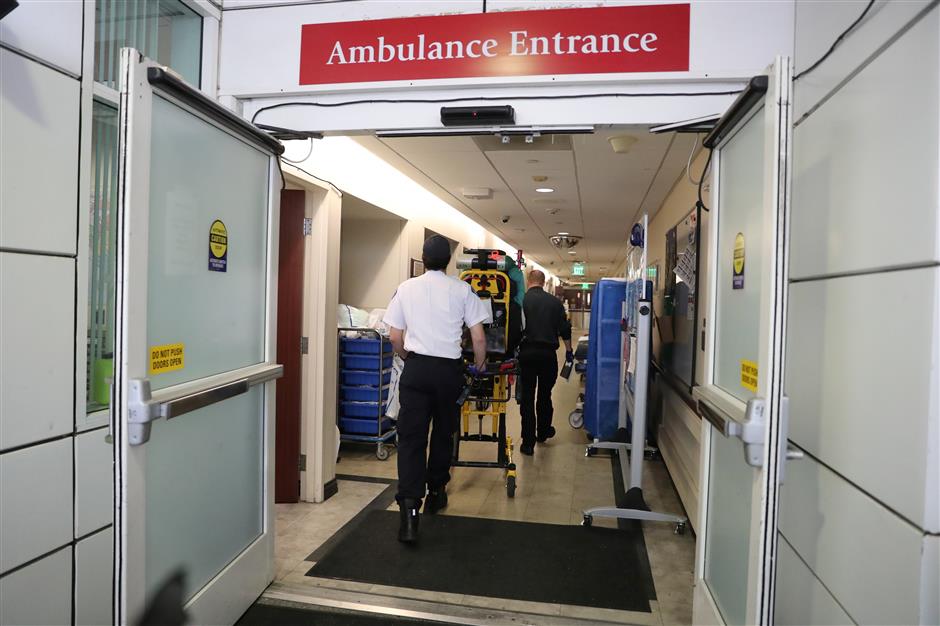 The coronavirus death toll in California reached 30,000 on Monday, another staggering milestone as the United States’ most populous state endures the worst surge of the nearly yearlong pandemic.

Newly confirmed infections are rising at a dizzying rate of more than a quarter of a million a week and during the weekend a record 1,163 deaths were reported.

Los Angeles County is one of the epicenters and health officials there are telling residents to wear a mask even when at home if they go outside regularly and live with someone elderly.

“The damaging impact to our families and local hospitals from this surge is the worst disaster our county has experienced for decades,” health director Barbara Ferrer said.

It took California six months to record its first 10,000 deaths. But in barely a month, the total rose from 20,000 to 30,000, according to data collected by Johns Hopkins University. California ranks third nationally, behind Texas and New York, which is No. 1 with nearly 40,000 deaths.

California has deployed 88 refrigerated trailers to use as makeshift morgues mostly in hard-hit Southern California, where traditional storage space is dwindling.

Hospitalizations also have exploded in California and many hospitals are stretched to the limit.

Still, California Governor Gavin Newsom and the state’s top health officer said there is a sliver of hope, with hospitalizations leveling off in the last week and vaccinations about to shift into a higher gear.

Newsom acknowledged the rollout of vaccines has been too slow and he pledged 1 million shots will be administered this week, more than twice what’s been done so far.

That effort will require what Newsom called an “all-hands-on-deck approach,” including having vaccinations dispensed by pharmacists and pharmacy technicians, dentists, paramedics and emergency medical technicians, and members of the California National Guard.

The state will vastly expand its effort with new mass vaccination sites at parking lots for LA’s Dodger Stadium, Petco Park in San Diego and the CalExpo site in Sacramento.

Cars lined up early on Monday near the downtown stadium in San Diego, where officials aimed to inoculate 5,000 health-care workers a day.

The first day was limited to 2,500 people to work out kinks. Medical staff under a row of white tents injected health-care workers as they drove through, then directed them to wait nearby for 15 minutes to be observed for any reactions.

Disneyland will be the first Super Point-of-Dispensing site in the county and become operational later this week, the district officials said in a statement.

“Disneyland Resort is proud to help support Orange County and the City of Anaheim with the use of our property, and we are grateful for all of their efforts to combat COVID-19,” Pamela Hymel, chief medical officer of Disney Parks, said in an e-mailed statement.