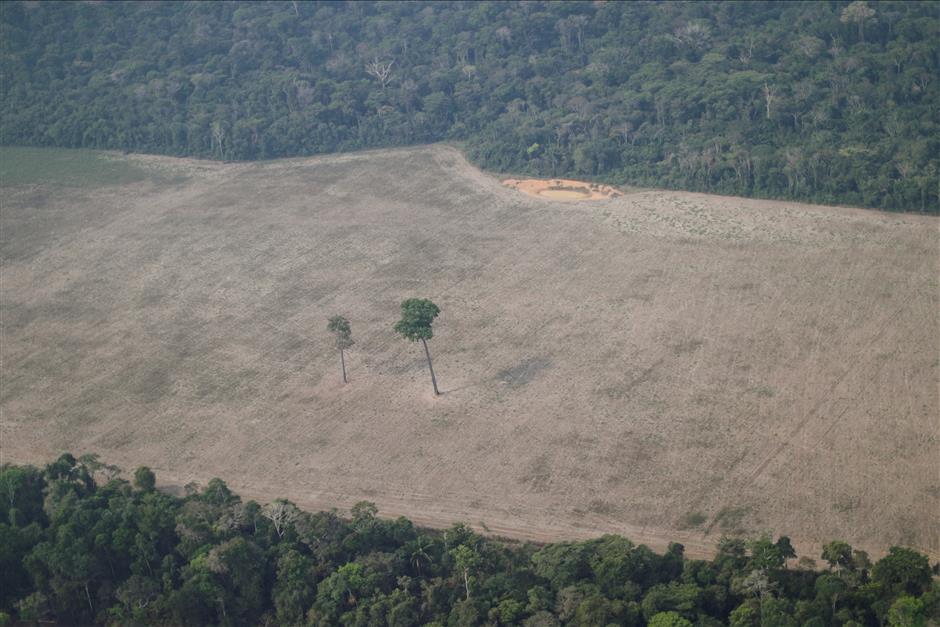 In this file photo, a tree exists at the center of a deforested plot of the Amazon near Porto Velho, Rondonia State in Brazil on August 14, 2020.

More than 43 million hectares of forest have been lost in a little over a decade in just a handful of deforestation hotspots, conservation organization WWF said on Wednesday.

Swathes of forest continue to be flattened each year, mainly due to industrial-scale agriculture, as biodiversity-rich areas are cleared to create space for livestock and crops.

The WWF found that just 29 sites across South America, Africa and Southeast Asia were responsible for more than half of the global forest loss.

The Brazilian Amazon and Cerrado, the Bolivian Amazon, Paraguay, Argentina, Madagascar, along with Sumatra in Indonesia, and Borneo in Indonesia, Brunei and Malaysia, were among the worst affected.

In Brazil’s Cerrado region, home to 5 percent of the planet’s animals and plants, land has been cleared rapidly for soy and cattle production, leading to a 32.8 percent loss of forest area between 2004-2017.

The UN’s Intergovernmental Panel on Climate Change issued a groundbreaking report on land use in 2019, in which it outlined a string of looming trade-offs in using land.

That same year, the UN’s biodiversity panel said 75 percent of all land on earth had been “severely degraded” by human activity.

Forests are an enormous carbon sink, together with other vegetation and soil sucking up roughly a third of all the carbon pollution humans produce.