Biden sworn in, takes helm of a deeply divided nation

Democrat Joe Biden was sworn in as the 46th president of the United States on Wednesday, assuming the helm of a country reeling from deep political divides, a battered economy and a raging coronavirus pandemic that has killed more than 400,000 Americans.

With his hand on an heirloom Bible that has been in his family for more than a century, Biden took the presidential oath of office administered by US Chief Justice John Roberts just after noon, vowing to “preserve, protect and defend the Constitution of the United States.” 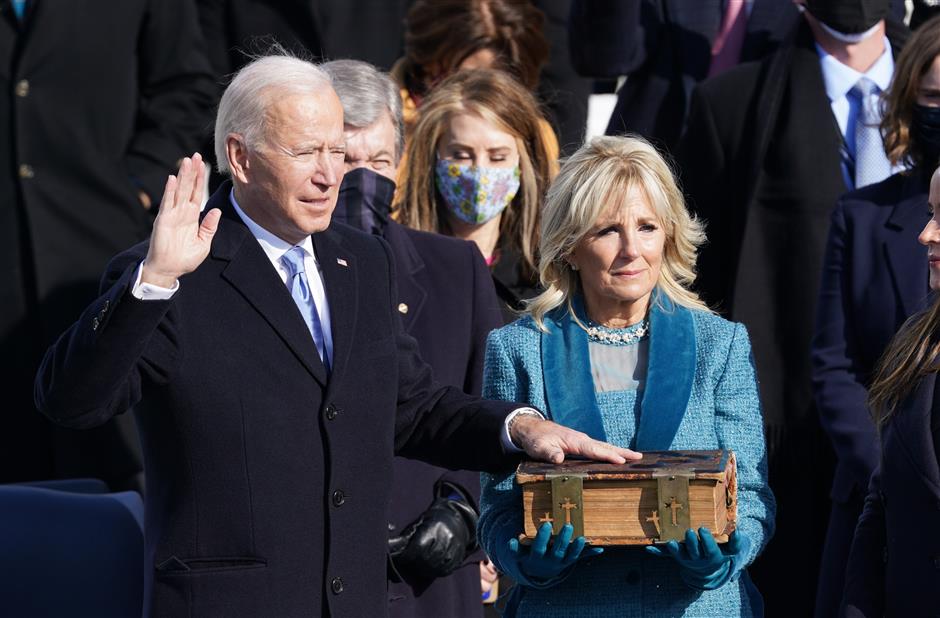 Joe Biden is sworn in as the 46th president of the United States by Chief Justice John Roberts as Jill Biden holds the Bible during the presidential inauguration in Washington on Wednesday.

Biden, 78, became the oldest US president in history at a scaled-back ceremony in Washington that was largely stripped of its usual pomp and circumstance, due both to the coronavirus and security concerns following the January 6 assault on the US Capitol by supporters of outgoing President Donald Trump.

The norm-defying Trump flouted one last convention on his way out of the White House when he refused to meet with Biden or attend his successor’s inauguration, breaking with a political tradition seen as affirming the peaceful transfer of power.

Trump, who never conceded the November 3 election, did not mention Biden by name in his final remarks as president early Wednesday, when he touted his administration’s record and promised to be back “in some form.” He boarded Air Force One for the last time and headed to his Mar-a-Lago retreat in Florida.

Biden’s running mate, Kamala Harris, the daughter of immigrants from Jamaica and India, became the first Black person, first woman and first Asian American to serve as vice president after she was sworn in by US Supreme Court Justice Sonia Sotomayor, the court’s first Latina member. 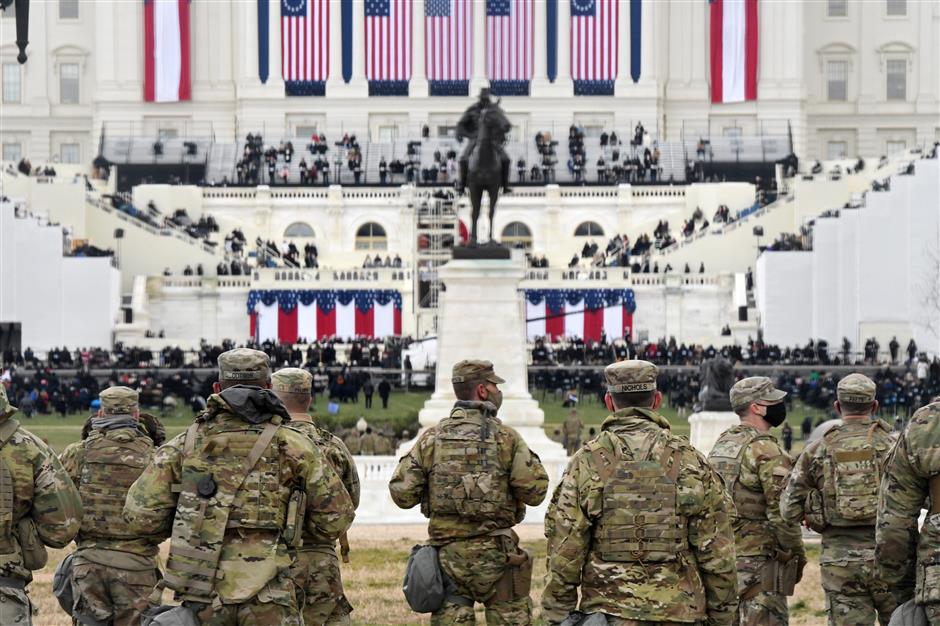 The National Guard is seen near the US Capitol before Joe Biden took oath as US president.

Biden takes office at a time of deep national unease, with the country facing what his advisers have described as four compounding crises: the pandemic, the economic downtown, climate change and racial inequality. He has promised immediate action, including a raft of executive orders on his first day in office.

The ceremony on Wednesday unfolded in front of a heavily fortified US Capitol, where a mob of Trump supporters stormed the building two weeks ago.