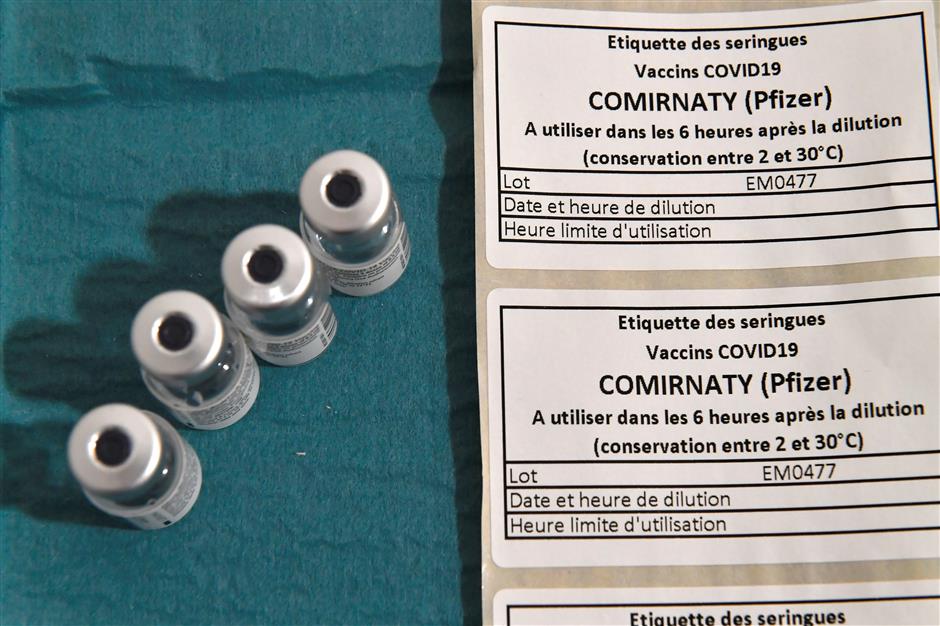 Frustration is mounting from Europe to North America over reduced shipments of Pfizer’s COVID-19 vaccine while the US pharmaceutical company increases production capacity at its Belgian plant.

The EU and many nations are under pressure for what is seen as the slow start to their vaccination campaigns compared to countries like Israel and the United Kingdom.

Pfizer compounded the problem last Friday when it announced a temporary reduction in deliveries so it could upscale its plant in Puurs, which supplies all shots delivered outside the United States.

The delay, which the pharma giant said would last for a few weeks, affects not only the number of people who can get inoculated during that period but also throws off the careful choreography that governments mapped out to get elderly residents and caregivers the required two doses within a strict timetable of several weeks.

“It means huge complications for us,” Czech Prime Minister Andrej Babis said. Similar complaints could be heard in several other EU nations, from Denmark to Belgium.

“Indeed,” added European Commission President Ursula von der Leyen, “we were all surprised by the announcement of Pfizer/BioNTech to have a delay.”

The EU now expects Pfizer to deliver across the 27-nation bloc 92 percent of what was expected over this week and the next one. The missing 8 percent is expected to be recovered during the week of February 15.

Von der Leyen said the immediate challenge would be securing enough doses to make sure people who already had their first shot of Pfizer vaccine received their second jab within the recommended interval.

“It is of utmost importance that we get the doses that are fixed in the contract” the EU’s executive commission negotiated on behalf of member nations, she added.

Overall, the EU is slated to get up to 600 million doses from Pfizer.

Some US states are also reporting difficulty getting their hands on enough vaccines. The full explanation for the apparent mismatch between supply and demand was unclear, but last week the US Health and Human Services Department suggested that states had unrealistic expectations for how much vaccine was on the way.

In Europe, the harsh criticism of Pfizer stands in sharp contrast to the accolades the company received last month for being exceptionally fast in producing a COVID-19 vaccine considered safe and effective.

The Pfizer/BioNTech vaccine was the first vaccine authorized for use in the UK the EU and the United States.

Pfizer said any small step backward taken now would result in a huge jump ahead later in the year. The company originally expected to produce 1.3 billion doses this year.

“We’ve explored innovative ways to increase the number of doses we’re able to supply this year, and we now believe that we can potentially deliver approximately 2 billion doses by the end of 2021,” the company said in a statement.

But even if that point is understood, many officials in Europe said they were disappointed by what they saw as a lack of smooth communication.

“It’s very unsatisfying that this was ... communicated to us basically overnight.”