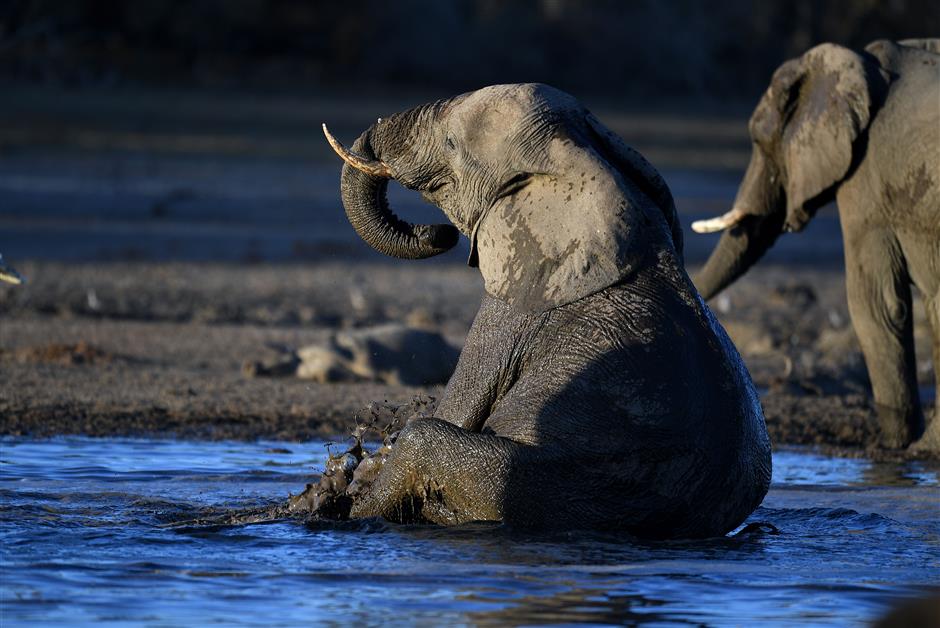 In this file photo in the year 2019, an elephant sits in water in the Okavango Delta near the Nxaraga village in the outskirt of Maun.

Researchers said the use of algorithms, machine learning and satellite technology could replace current techniques used to count elephants.

“The population of African elephants has plummeted over the last century. ... To conserve them requires knowledge of where they are, and how many there are: accurate monitoring is vital.”

The images, from a satellite orbiting 600 kilometers above the Earth, could survey upward of 5,000 square kilometers of land in one pass, captured in a matter of minutes.

The scientists trained the algorithm to recognize only adults among 1,000 elephants in the park and then found it was also able to identify calves.