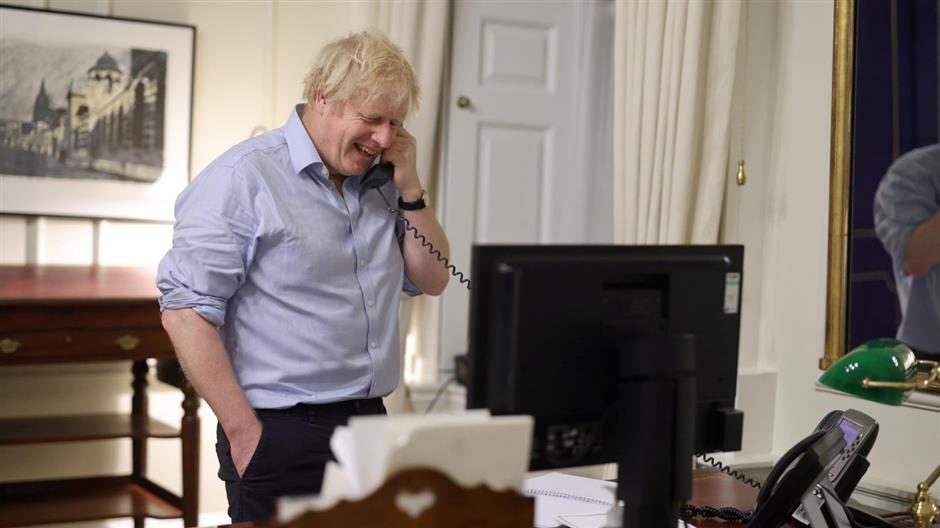 Johnson congratulated Biden on his inauguration and "the two leaders looked forward to deepening the close alliance between our nations," said a statement from Downing Street.

"Great to speak to President Joe Biden this evening," Johnson said on Twitter. "I look forward to deepening the longstanding alliance between our two countries as we drive a green and sustainable recovery from COVID-19."

The conversation appeared aimed at warming frosty relations after Biden in 2019 described Johnson as a "physical and emotional clone" of Donald Trump, his predecessor as US president.

According to the Downing Street, the two leaders discussed their shared goals, including tackling climate change and COVID-19 pandemic.

In the phone call, Johnson welcomed Biden's announcements that the United States would rejoin the 2015 Paris climate accord and the World Health Organization, and they discussed the prospects of a free trade deal.

"The prime minister also praised Biden's commitment to reach net zero emissions by 2050. The leaders said they hoped to meet soon and would work together on the United Nations' global climate change summit to be held in Scotland in November," said the statement.

The leaders also agreed on the "significant challenges facing the world during the pandemic," it added.

Regarding bilateral trade, the statement said the leaders "also discussed the benefits of a potential free trade deal between our two countries."