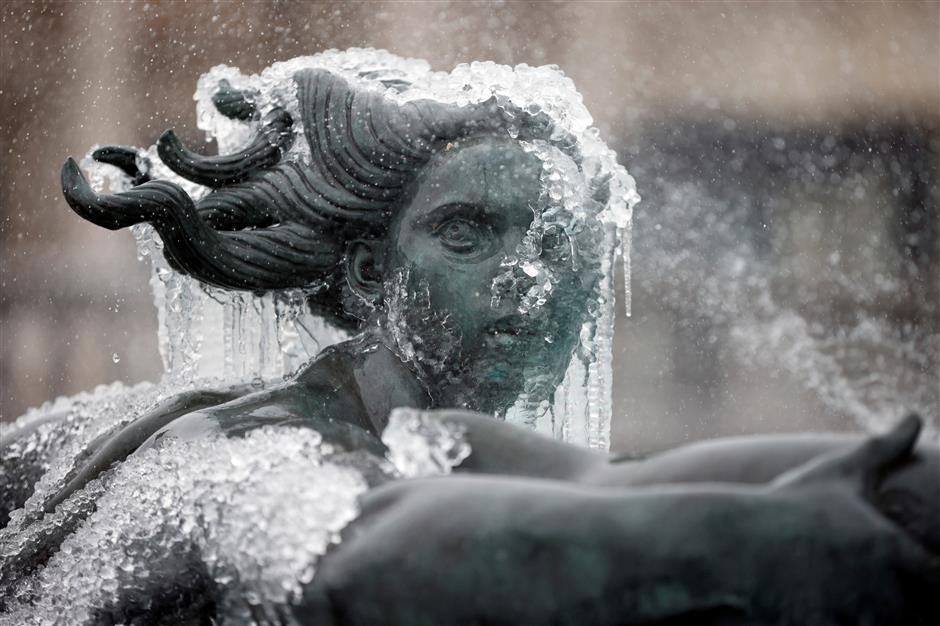 A statue covered with icicles and frozen water on the fountain of Trafalgar Square, as Storm Darcy affects large parts of the country, in London, Britain, on Monday.

Patel told parliament the decision was made “due to the significant reduction in the momentum of attacks in Europe” between September and November.

The decision was made by the Joint Terrorism Analysis Centre on Thursday last week, she added.

The threat level from Northern Ireland-related terror in the British province remained at “severe,” according to the domestic intelligence service, MI5.

JTAC’s membership includes MI5 and its overseas counterpart MI6, and police, and assesses all intelligence relating to terrorism at home and abroad.

Britain raised the threat level from “substantial” to “severe” at the start of November after a deadly shooting rampage in Vienna and several attacks across France.

The attack in Vienna left four people dead. Police in the Austrian capital said the attack was carried out by a known Islamist extremist who had spent time in prison.

In October, three people were killed in a knife rampage in the southern French city of Nice in an attack the government described as an act of “Islamist terror.”