Amid mutations, WHO stands by AstraZeneca 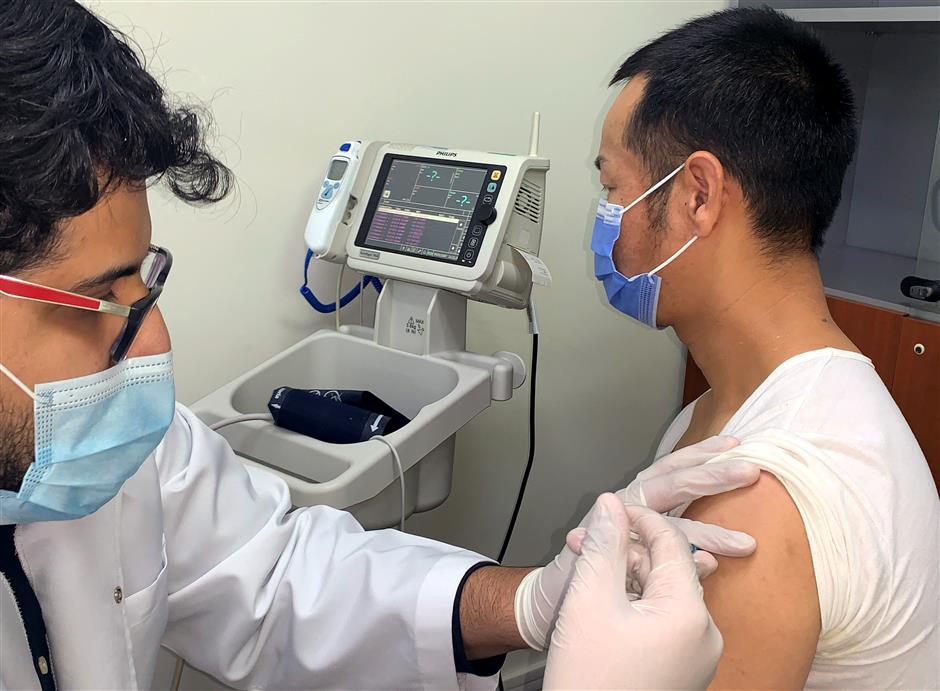 A man receives a dose of AstraZeneca/Oxford coronavirus vaccine in Dubai on Monday.

The World Health Organization insisted on Tuesday that the AstraZeneca vaccine was still a vital tool in the global fight against the coronavirus pandemic, after South Africa delayed the start of its inoculation program over concerns about the drug’s efficacy against a virus variant.

In South Africa, alarm was raised when a trial at Johannesburg’s University of Witwatersrand concluded the AstraZeneca vaccine provided only “minimal” protection against mild to moderate COVID-19 caused by the variant first detected in South Africa.

That was bad news for many poorer nations counting on the logistical advantages offered by the AstraZeneca shot.

But Richard Hatchett, head of the Coalition for Epidemic Preparedness Innovations, said it was “vastly too early to be dismissing this vaccine.”

“It is absolutely crucial to use the tools that we have as effectively as we possibly can,” he said, speaking at the WHO’s regular biweekly press briefing on the pandemic.

The AstraZeneca vaccine is currently a vital part of COVAX, the system set up to procure COVID-19 vaccines and ensure their equitable distribution around the world.

It accounts for almost all of the 337.2 million vaccine doses COVAX is preparing to begin shipping to some 145 countries and regions during the first half of the year, once it receives WHO authorization, expected next week.

South Africa, the continent’s hardest-hit nation, had been due to start its campaign in the coming days with a million AstraZeneca doses.

However, the government decided to hold off because of the results from the trial.

“It’s a temporary issue that we have to hold on AstraZeneca until we figure out these issues,” Health Minister Zweli Mkhize said.

South Africa has 1.5 million AstraZeneca vaccine doses, which will expire in April.

AstraZeneca also stood by its product: “We do believe our vaccine will still protect against severe disease.”

A company spokesperson said researchers were already working to update the vaccine to deal with South Africa.

Worldwide, the coronavirus pandemic has claimed more than 2.3 million lives out of 106 million known infections.

As inoculation programs are rolled out around the world, Facebook announced on Monday it would ban groups that repeatedly spread false claims about the virus and vaccines in general.

The social media giant has updated a list of debunked claims about the virus and existing vaccines with the help of the WHO.