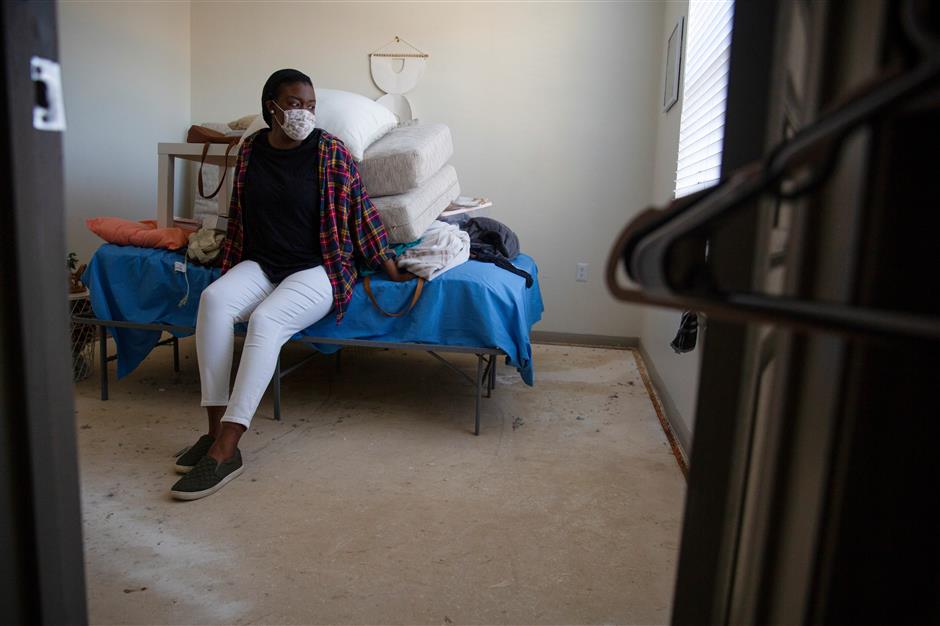 Melissa Wilson sits inside her apartment, which is in repair after a flooding occurred due to a burst pipe caused by winter weather in the unit above hers in Fort Worth, Texas, US on Wednesday.

More than 1.3 million people across over 200 counties in the US state of Texas still had issues with their water supply by Wednesday, a spokesperson for the Texas Commission on Environmental Quality said.

That figure compared with Tuesday’s 3.4 million, Monday’s 8 million and Sunday’s 9 million, or about a third of the state’s population.

A deadly winter storm caused widespread blackouts last week across Texas, a state unaccustomed to extreme cold, killing at least two dozen people and knocking out power to more than 4 million at its peak.

As of Wednesday evening, “33 Public Water Systems are non-operational, affecting 20,689 Texans,” the spokesperson said in a statement, adding that 204 counties were reporting issues with their public water systems.

He said around 853 systems were on a boil water notice, meaning people were being advised to boil water before consuming it, affecting 1,333,134 Texans.

Some 1,176 previously issued boil water notices had been rescinded.

After the unprecedented crisis, TCEQ will look at how to prevent another such, TCEQ Executive Director Toby Baker said.