Protesters call for an end to attacks on Asian Americans 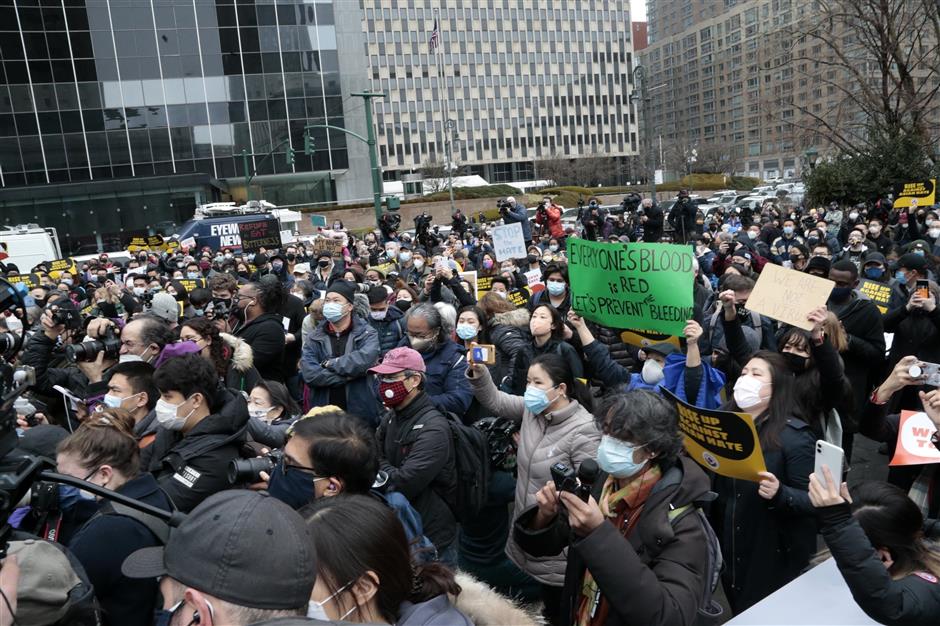 Protesters gathered in New York City on Saturday to denounce an uptick in attacks on people of Asian descent in the city and across the country.

Hundreds of people rallied at Foley Square in lower Manhattan, not far from where an Asian man was critically injured on Thursday in what police said was an unprovoked stabbing by another man who was charged with attempted murder.

“It’s really been terrifying for our community,” said Jo-Ann Yoo, executive director of the Asian American Federation, a New York-based advocacy group. “What is happening is not right.”

“We will not accept hatred in New York City,” de Blasio said. “Stop Asian hate. This is the message we have to get out, not just in New York City but all over this country.”

A spike in attacks against Asian Americans has been reported since the pandemic started. From March of 2020 to December of last year, there were more than 2,800 reported incidents of anti-Asian hate incidents in the United States.

While verbal harassment has made up more than 70 percent of the incidents, more than 8 percent involved physical assaults.

Stop AAPI Hate, launched by two advocacy groups to encourage Asian Americans to report such incidents, has documented more than 3,000 attacks to date.

The US Justice Department said it would investigate the rising tide of hate crimes.

“The United States is currently facing unprecedented challenges, some of which are fueling increased bigotry and hatred,” said Pamela Karlan, the principal deputy assistant attorney general for the Civil Rights Division.

She added that her office is working with the FBI, federal prosecutors and local police to “evaluate possible hate crimes,” without providing further details.

A Justice Department official said the statement was a direct response to the increasing reports of violence against Asian Americans.

“I want to be clear here: No one in America should fear violence because of who they are, or what they believe,” he said.

“We will not tolerate any form of domestic terrorism or hate-based violent extremism, and we are committed to putting a stop to it.”