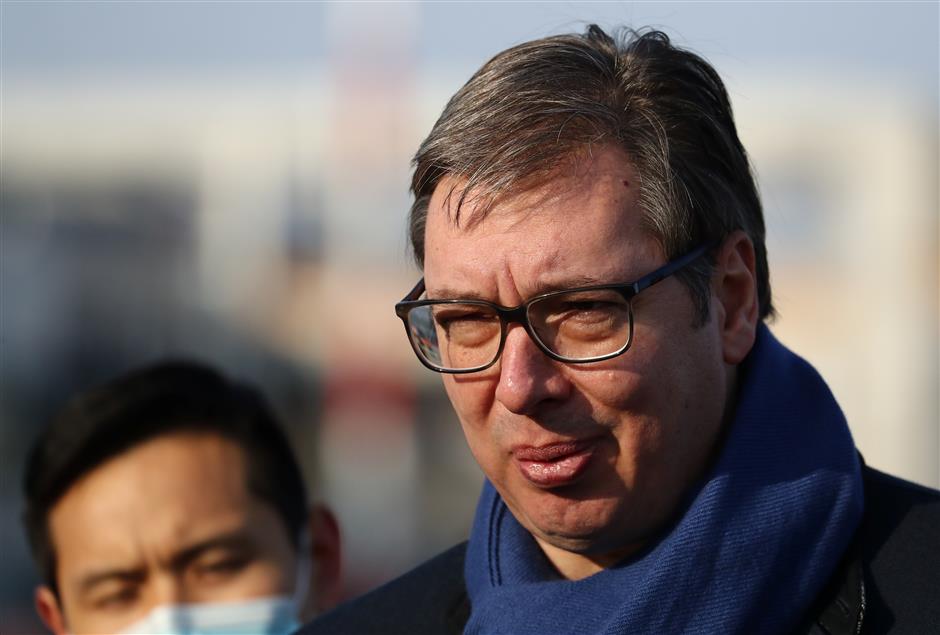 Vucic announced that a deal concerning the construction of a "vaccine factory" will be signed in the next two weeks, and it will be built with support of China and United Arab Emirates.

"We will start producing the vaccine as soon as October 15," Vucic told public broadcaster RTS after a meeting with the UAE's de facto ruler Sheikh Mohammed bin Zayed al Nahyan in Abu Dhabi.

The Balkan country has secured massive shipments of Sinopharm and Russia's Sputnik V jab, leading it to inoculate some 1.5 million of its 7 million population.

While the European Union kicked off its vaccination program across its 27 member states in late December, countries outside its borders in the Western Balkans have been left to fend for their own.

Vucic, in comments run by the RTS public broadcaster, added that once the factory is set up, Serbia will provide the vaccine to countries throughout the region.

"What I learned tonight is that we will have to give the vaccine around the region, even at production cost," Vucic said.

In February, Serbia was given preliminary approval to start manufacturing the Sputnik V vaccine as well, and has said production will begin in mid-May.