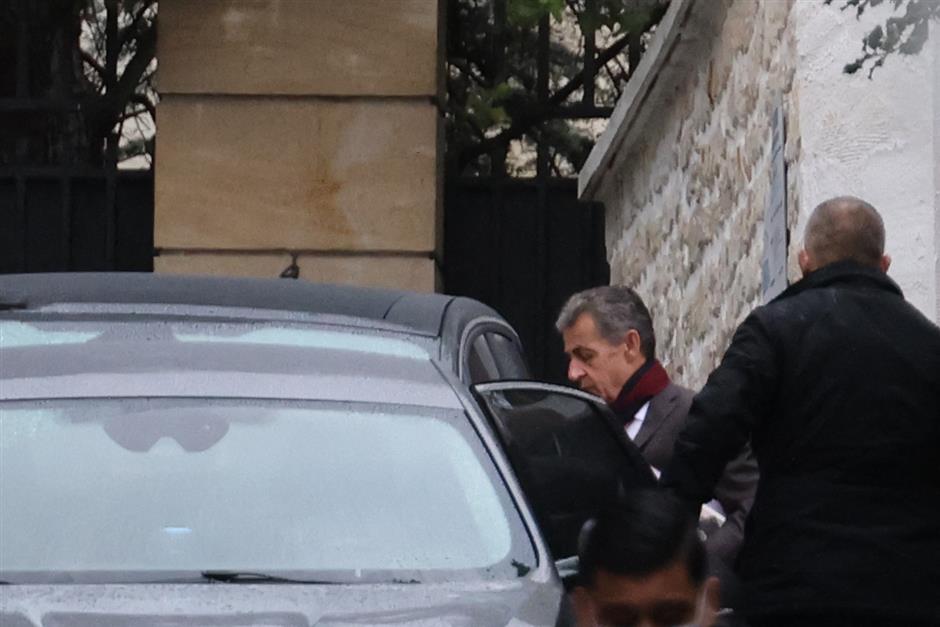 Former French President Nicolas Sarkozy leaves his home toward his office prior to the first day of his trial in the Bygmalion affair, in Paris on Wednesday.

Former French President Nicolas Sarkozy went on trial on Wednesday accused of financing his failed 2012 reelection campaign illegally, less than three weeks after being convicted of corruption and influence-peddling.

Prosecutors allege that Sarkozy’s party splurged nearly double the 22.5 million euros (US$27 million) permitted under electoral law on extravagant campaign rallies, and then used a friendly public relations agency to hide the cost.

In their indictment, the prosecutors acknowledge that their investigation had failed to prove Sarkozy either organized or was involved in the scheme, but argue that he benefited from it and must have been aware of it.

“The election candidate and his inner circle opted to focus the campaign on spectacular and expensive rallies and to entrust the organization to specialist agencies,” the prosecutors’ indictment reads.

Sarkozy, 66, has consistently denied wrongdoing and said he was not aware of a fake billing process.

If found guilty, he could be jailed for up to a year and fined up to 3,750 euros.

The trial casts another ignominious pall over a political career that saw Sarkozy bestride the national and global stage for five years, but dramatically fall from grace in a courtroom this month.

Jerome Lavrilleux, Sarkozy’s deputy campaign chief in 2012 and one of 13 co-accused, has publicly acknowledged that he oversaw the rerouting of funds paid to the PR agency Bygmalion to camouflage the cost of the campaign events.

He has said he acted on his own initiative.

Two co-founders of Bygmalion are also accused. One, Guy Alves, has publicly acknowledged the fake billing. In 2014, a lawyer for Bygmalion said the company had acted under political pressure.