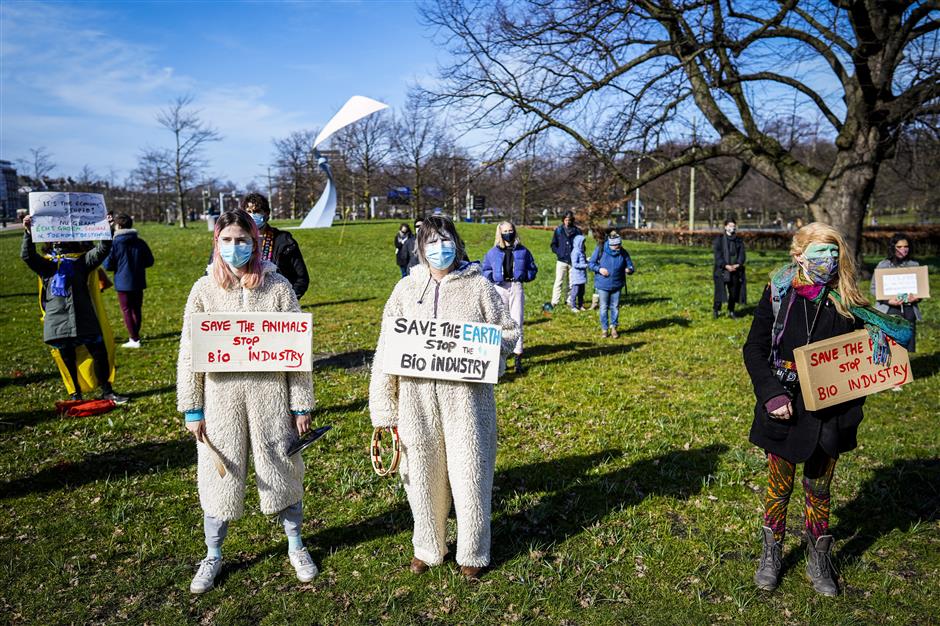 Members of The Climate Crisis Coalition, a partnership of various environmental organizations, gather during a “Climate Alert” rally in the run-up to the House of Representatives elections in The Hague on Sunday.

About 10.3 million people were displaced by climate change-induced events in the past six months, the majority of them in Asia.

The International Federation of Red Cross and Red Crescent Societies said on Wednesday about 2.3 million others were displaced by conflict in the same period, indicating the vast majority of internal displacements are now triggered by climate change.

Although the figures cover only six months from September 2020 to February 2021, they highlight an accelerating global trend of climate-related displacement, said Helen Brunt, Asia Pacific Migration and Displacement Coordinator for the IFRC.

“The compounded impact makes recovery longer and more difficult: people barely have time to recover and they’re slammed with another disaster.”

About 60 percent of the world’s climate-IDPs (internally displaced persons) in the last six months were in Asia.

Statistics from the Internal Displacement Monitoring Center show that an average 22.7 million people are displaced every year across the globe.

The figure includes displacements caused by geophysical phenomenon such as earthquakes, but the vast majority are displaced by weather-related events.