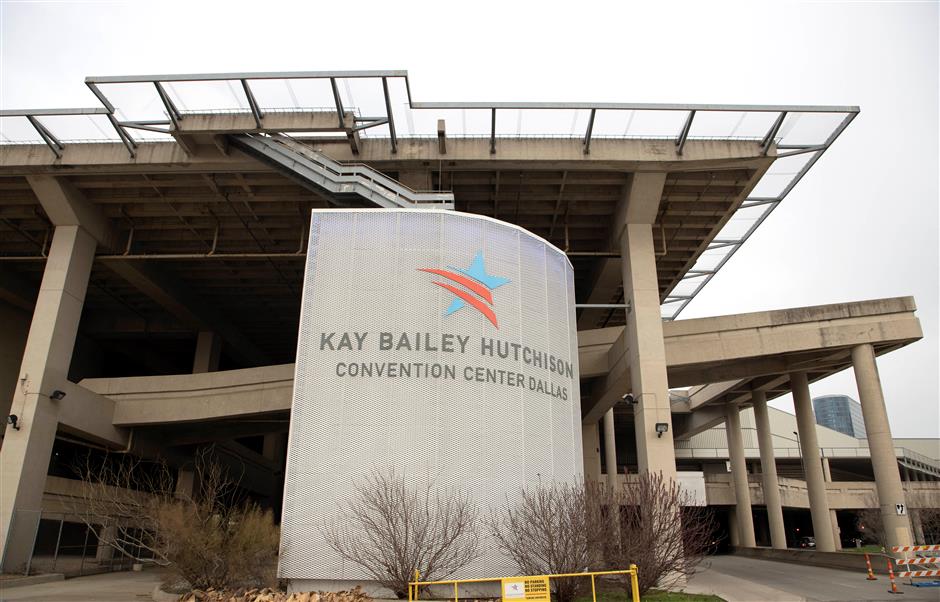 The Kay Bailey Hutchison Convention Center in Dallas, the US state of Texas.

The United States is facing the biggest surge of migrants at its southwestern border in 20 years, Homeland Security Secretary Alejandro Mayorkas said on Tuesday as the Biden administration races to handle an influx of children trying to cross the US-Mexico border alone.

The number of attempted border crossings by people from Central America and Mexico has steadily increased since April 2020 and most single adults and families are being turned away, Mayorkas said.

Poverty, violence and corruption in Mexico and the Northern Triangle — Guatemala, Honduras and El Salvador — have led people to seek a better life in the US for years, and there have been surges in the past.

Conditions there have continued to deteriorate and two recent hurricanes made living conditions even worse, while the coronavirus pandemic complicated the border situation, Mayorkas said in a statement.

“We are on pace to encounter more individuals on the southwest border than we have in the last 20 years.”

US border agents conducted 100,441 apprehensions or expulsions of migrants at the border with Mexico in February, the US Customs and Border Protection said last week, the highest monthly total since a border crisis of 2019.

Single adults make up the majority of people who are being expelled, Mayorkas said. Children traveling alone, some as young as 6 years old, are not being turned back.

The government is creating a joint processing center to transfer the children promptly into the custody of the Department of Health and Human Services and is trying to find additional shelters for them, Mayorkas said in a statement.

President Joe Biden’s administration has been struggling to speed up the processing of hundreds of youths under 18 who are crossing the southern border alone every day.

“We will have, I believe by the next month, enough of those beds to take care of these children who have no place to go, but they need to be taken care of,” Biden said in an interview.

Republicans in Congress say the Biden administration sparked the border surge by promising to unwind some of former President Donald Trump’s hard-line policies against illegal immigration.

“It didn’t have to happen. This crisis is created by the presidential policies of this new administration,” House of Representatives Republican leader Kevin McCarthy said at an El Paso border post on Monday.

Republicans in turn were criticized by Democrats for their own immigration record, as well as Trump’s policies.

Nearly 4,300 unaccompanied children were being held by US Border Patrol officials as of Sunday, according to an agency official who requested anonymity.

By law, the children should be transferred out of Customs and Border Protection facilities to HHS-run shelters within 72 hours.

In the short term, the federal government is setting up additional facilities in Texas and Arizona to shelter unaccompanied children and families, and is working with Mexico to increase its capacity to receive expelled families, Mayorkas said.