Post-mortem inconclusive into high-profile death of woman in UK 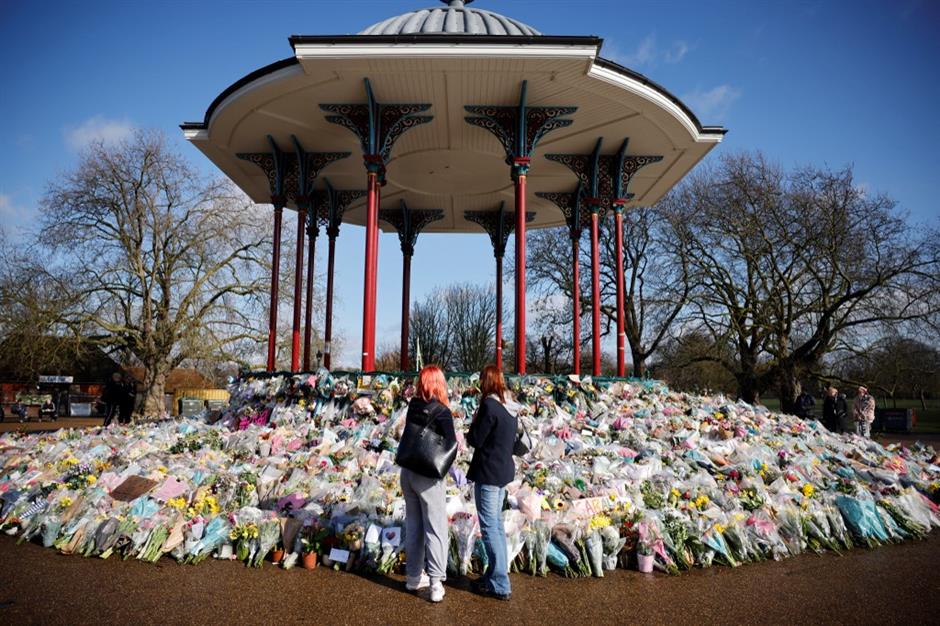 Well-wishers reflect as floral tributes and messages in honor of Sarah Everard, the missing woman whose remains were found in woodland in Kent, are displayed at the bandstand on Clapham Common in south London on March 17, 2021. Prime Minister Boris Johnson said Wednesday Britain needed "a change in our culture" to tackle violence against women and girls, as he came under pressure over the government's response to the issue which has been thrust into the national spotlight following the disappearance this month of 33-year-old Sarah Everard, whose remains were found in woodland last week. A serving London police officer has been charged with her kidnap and murder.

A post-mortem examination on a woman who was allegedly kidnapped and murdered by a police officer proved inconclusive, a British coroner said on Thursday, in the case that has sparked national outrage.

Sarah Everard, a 33-year-old marketing executive, went missing as she walked home this month, and her body was found in a woodland in southeast England on March 10.

A police officer has been charged with her kidnap and murder, and was remanded in custody when he appeared in court earlier this week.

The case has shone a spotlight on women's safety, with vigils and protests across the country, and calls for better protection and laws.

On Thursday, a coroner's inquest into her death opened in the county of Kent, where her body was found, attended by Everard's parents, brother and sister.

Senior coroner Patricia Harding said an initial post-mortem examination to establish the cause of death was inconclusive and police were awaiting the final results of further examinations.

"The body of Sarah has now been released to her family in order that a funeral can take place," she added.

The Metropolitan Police officer charged in the case, 48-year-old Wayne Couzens, is expected to go on trial in October.

The case has increased pressure on the government to tackle violence against women and girls, and put London's police force in the spotlight.

Officers drew widespread criticism over their heavy-handed response to vigils and protests held last weekend amid an ongoing coronavirus lockdown, with officers handcuffing and arresting some attendees.

The force has agreed to launch an internal probe into its handling of the event, while interior minister Priti Patel has also asked a police watchdog to "conduct a lessons learned review".

A new opinion poll showed 45 percent of people believed the policing of the events were "too rough", compared to 30 percent who thought it was "about right".