Crikey! The number of Aussies in the world falls 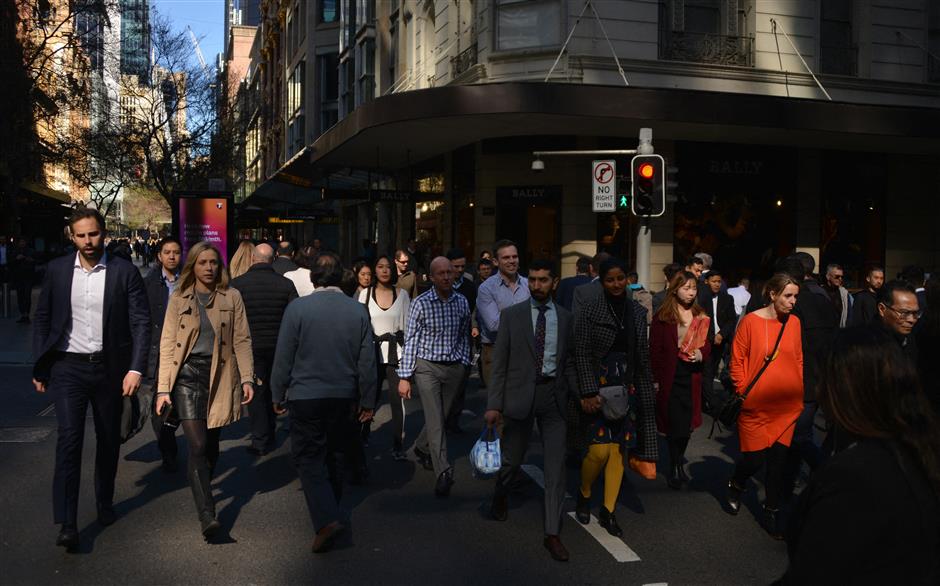 This file photo taken on August 7, 2018, shows people crossing a road in the central business district of Sydney.

Australia’s population has declined for the first time in more than a century as pandemic-induced border closures reduced the number of overseas immigrants, according to figures released on Thursday.

The Australian Bureau of Statistics said the population grew by less than 1 percent in the year to September 2020, and actually declined in the last recorded quarter.

“The last time we saw population decline was the year to December 1916, during World War I,” said the bureau’s demography Director Phil Browning.

For centuries, Australia’s economic growth has been built on mining and agriculture and fueled by waves of mass immigration from Europe, Asia and beyond.

But the country, the world’s largest island with only 25.7 million people, effectively sealed itself off from the world at the start of the COVID-19 pandemic.

The measures — coupled with aggressive coronavirus testing, tracing and snap lockdowns — have limited COVID-19 infections and allowed the economy to open up, albeit with restrictions.

“Decreases to immigration have been observed over the last two quarters,” Browning said.

“For this most recent quarter, the decrease was not outweighed by natural increase, causing a small decline in population.”

Net overseas immigration was 85,100 in the year to September, far fewer than the number who typically arrive each week.