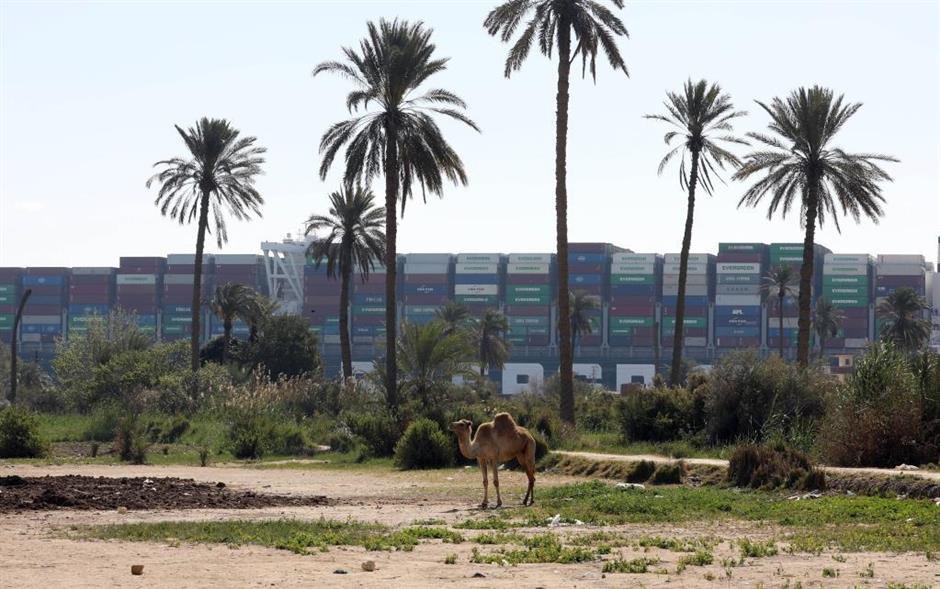 Photo taken on March 27, 2021 shows the stuck container ship Ever Given on the Suez Canal, Egypt.

At least 321 vessels are currently jammed around Egypt's Suez Canal awaiting salvage of the giant container ship Ever Given that has been stuck and blocking the vital waterway since Tuesday, Osama Rabie, chairman of the Suez Canal Authority (SCA), said Saturday.

"The number of ships waiting now, whether in the north, the south or in the Lakes is 321. We provide them with all the logistic services they ask for," the SCA chief told a press conference in the northeastern province of Suez.

"It's difficult to tell when the problem will be solved, because, as I said, the ship is huge with a large load and it is stuck in a shallow area," Rabie said.

He pointed out that 14 tug boats are working to salvage Ever Given from all directions.

"Last night, there were signs of success ... to the point that we were very hopeful that the salvage will be completed last night," The SCA chief said, adding authority is prepared with several scenarios to refloat the mega ship that causes "a big crisis."

The 224,000-ton Panama-flagged Ever Given was grounded on Tuesday in the canal after losing the ability to steer amid high winds and a sandstorm, which led the SCA to announce on Thursday temporary suspension of navigation in the man-made waterway.

Rabie said there will be investigation into the exact cause of the accident but after the rescue process is done.

Dutch firm Boskalis with its emergency response team Smit Salvage is hired by Ever Given's owner to assist the SCA in the rescue operations.

Linking the Mediterranean Sea with the Red Sea, the Suez Canal is a major lifeline for global seaborne trade since it allows ships to travel between Europe and South Asia without navigating around Africa, thereby reducing the sea voyage distance between Europe and India by about 7,000 km.

Some 12 percent of the world trade volume passes through the Suez Canal. 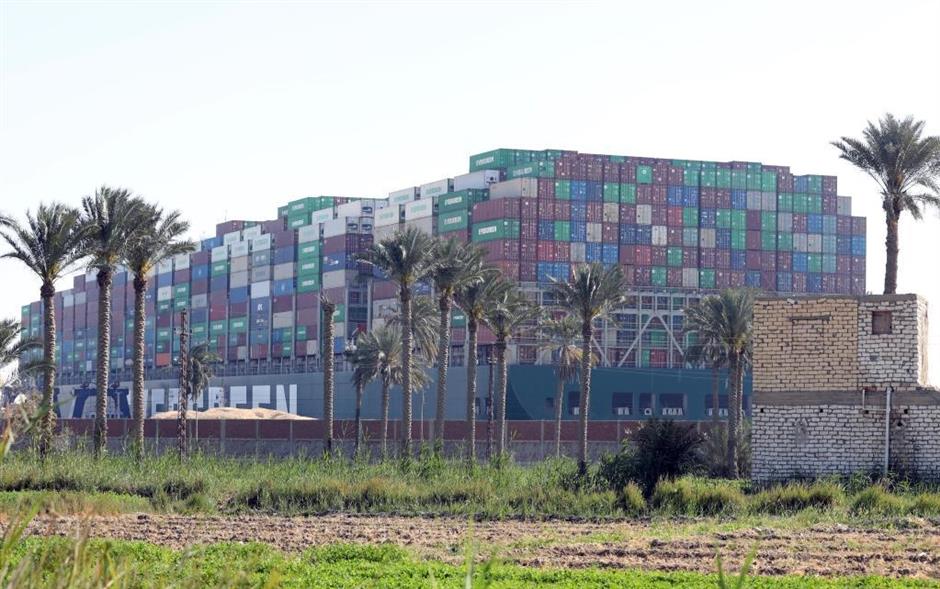 Photo taken on March 27, 2021 shows the stuck container ship Ever Given on the Suez Canal, Egypt. 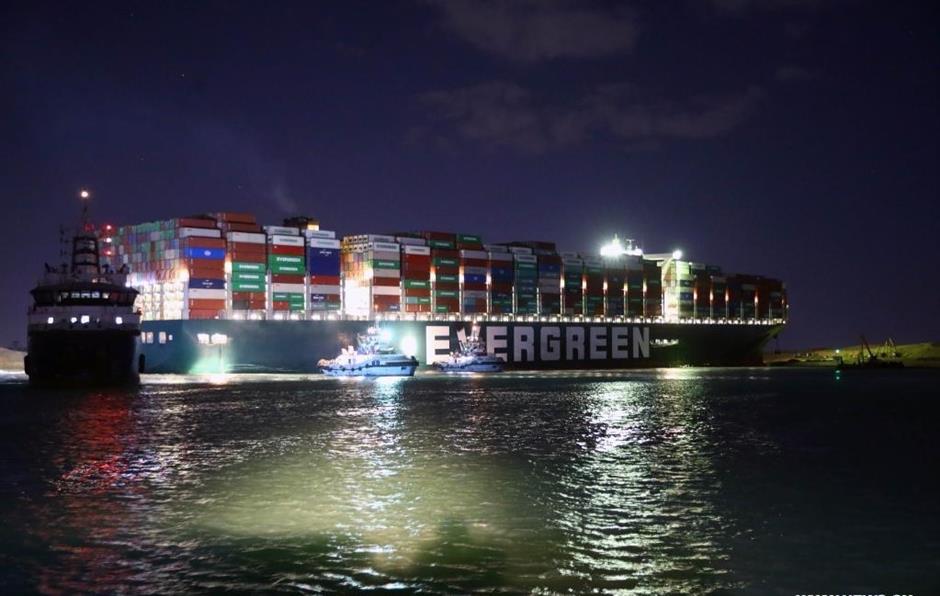 Rescue vessels work at the site of the stuck container ship Ever Given on the Suez Canal, Egypt, on March 27, 2021.