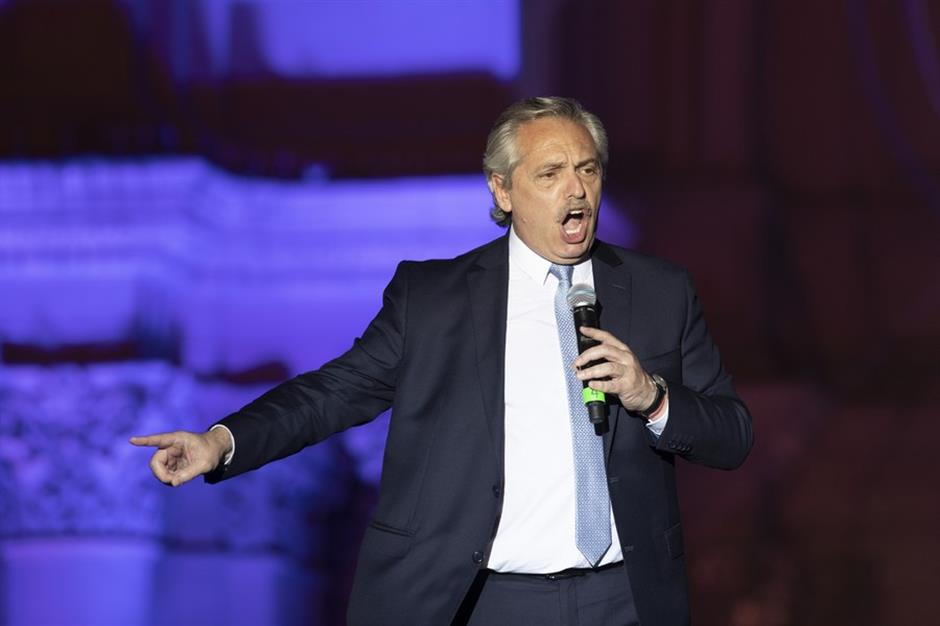 Argentine President Alberto Fernandez gives a speech at a ceremony in Buenos Aires, Argentina on December 10, 2019.

Argentine President Alberto Fernandez received the confirmation on Saturday afternoon that he got infected with COVID-19 after his PCR test had come back positive.

"The diagnosis of COVID-19 infection has been confirmed through a positive PCR test, making it clear that the clinical outlook is mild due in large part to the protective effect of the vaccine he received," said a statement from the president's physician Federico Saavedra.

Fernandez has received the second dose of the Russian vaccine Sputnik V, according to Argentine newspaper Clarin.

The president tweeted Friday night that after experiencing a fever and a slight headache, he tested positive for COVID-19.

Saavedra said that he evaluated Fernandez on Saturday and that the president "is stable, asymptomatic, with parameters within normal ranges."

Fernandez, who turned 62 on Friday and has been placed in isolation, told reporters that he feels "fine."

"The doctor just left, he checked me in full. He checked my lungs, oxygen saturation. I don't have any worrisome symptoms," said the president.