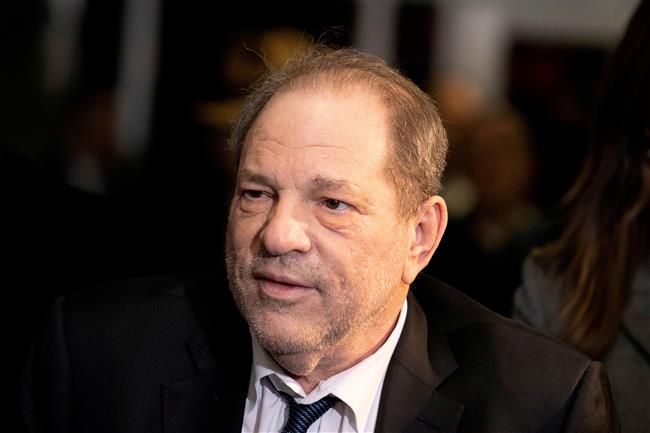 In this file photo, Harvey Weinstein departs New York Criminal Court following another day of jury deliberations in his sexual assault trial in the Manhattan borough of New York City on February 21, 2020.

Jailed filmmaker Harvey Weinstein filed a long-expected appeal on his rape and sexual assault convictions on Monday, kick-starting an attempt to have his 23-year prison sentence quashed.

Lawyers for Weinstein said in a New York court filing that the “Pulp Fiction” producer was denied a fair trial.

They argue that several women who had accused Weinstein of sexual assault, but whose allegations were not included in the charges, should not have been allowed to testify as so-called “prior bad acts witnesses.”

“The American criminal justice system was designed to convict defendants based on their conduct — not their general character,” the attorneys wrote.

Weinstein’s lawyers also argue that the impartiality of the jury was compromised by a juror who had written a book about older men preying on younger women.

The film producer’s defense team had tried unsuccessfully to have her dismissed ahead of the trial.

“Based on the imminent publication of her book, she had a pecuniary motive to convict the defendant,” the attorneys wrote.

Weinstein, 69, was found guilty of a criminal sexual act in the first degree and rape in the third degree in February 2020.

He was cleared of predatory sexual assault charges.

Nearly 90 women, including Angelina Jolie and Salma Hayek, have leveled sexual misconduct allegations against Weinstein, the Oscar-winning producer of numerous hits, including “Shakespeare in Love.”

But the trial focused on charges related to just two.

Weinstein was convicted of raping ex-actress Jessica Mann in 2013 and of forcibly performing oral sex on former production assistant Mimi Haleyi in 2006.

In the appeal, Weinstein’s lawyers also accused Judge James Burke, who they repeatedly clashed with throughout the seven-week trial, of passing an “unduly harsh and excessive” sentence.

Weinstein is being held at a maximum security prison in upstate New York. He is also awaiting trial in the city of Los Angeles on rape and sexual assault charges involving five women.