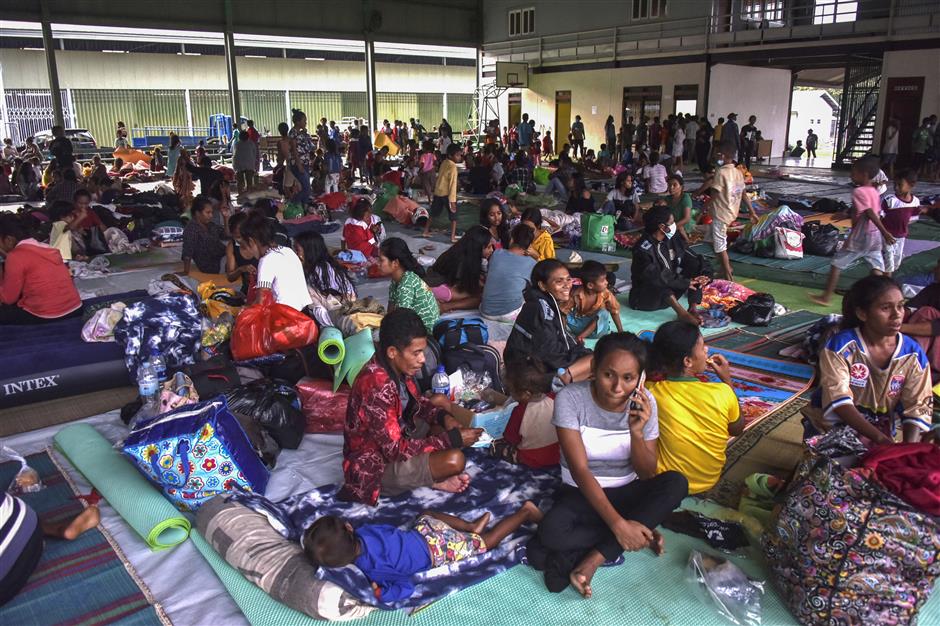 Residents take refuge at an evacuation center after fleeing their damaged homes in Dili on Monday, after torrential rains triggered floods and landslides in Indonesia and East Timor.

The death toll from mudslides in eastern Indonesia has risen to 126 with scores still missing, officials said on Wednesday, as rain continued to pound the region and hamper the search.

Mud tumbled down from surrounding hills early on Sunday, catching people at sleep. Some were swept away by flash floods after overnight rains caused rivers to burst their banks.

Hundreds of police, soldiers and residents dug through the debris with their bare hands, shovels and hoes searching for those buried.

In all, landslides and flooding have killed at least 126 across several islands in Indonesia as well as 27 people in neighboring East Timor.

Thousands of homes have been damaged and thousands of people displaced by the extreme weather, which is expected to continue until at least tomorrow as the storm moves south toward Australia.

Rescue efforts were being hampered by the rains and the remoteness of the area, where roads and bridges were damaged in many places.