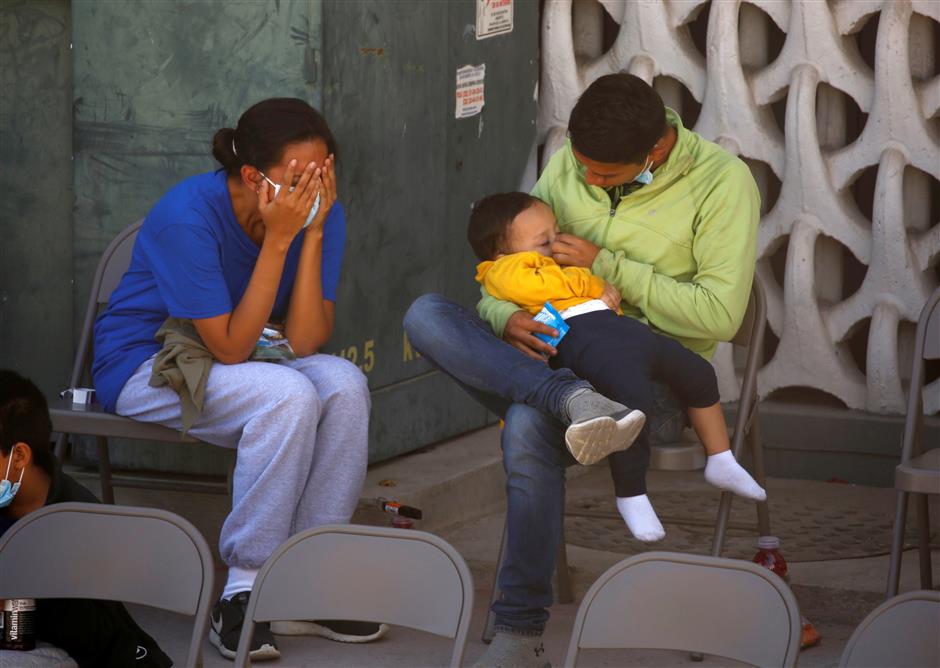 An asylum-seeking migrant from Central America, who was airlifted from Brownsville to El Paso, Texas, and deported from the United States with her family, cries outside of a National Institute of Migration building in Ciudad Juarez, Mexico on Monday.

The Biden administration said on Wednesday it is examining 5,600 previously unreviewed cases of migrant children to see whether they were separated from parents at the United States-Mexico border under former president Donald Trump.

A US Department of Homeland Security official told reporters the review seeks to find any separated children beyond those already identified through litigation. The official said the aim is ultimately to reunite any families who remain apart.

The effort is expected to uncover a small number of additional separations on top of thousands that have already been reported, the official said.

The whereabouts and status of the 5,600 migrant children whose cases are being reviewed remains unclear. DHS did not immediately respond to a request for comment.

President Joe Biden, a Democrat who took over from the Republican Trump on January 20, issued an executive order in February to create a task force to reunite children and parents still separated by Trump’s “zero tolerance” border strategy.

Thousands of children were separated from their parents at the southwestern US border under the policy, which charged parents with federal immigration offenses and sent them to jails, while children were labeled “unaccompanied” and placed in shelters.

Jeff Sessions, who spearheaded the effort as Trump’s attorney general, defended the prosecutions in an interview in March, saying a person traveling with a child “shouldn’t be given immunity.”

Sessions expressed regret, however, that the Trump administration could not quickly reunite the parents and children afterward.

A Biden administration task force has yet to reunite any of the still separated families, the DHS official told reporters on Wednesday, requesting anonymity.

The task force aims to build a comprehensive database of families that were separated under Trump’s zero-tolerance policy and related measures during the four years he was in office, the DHS official said.

The Biden administration is scouring government records to search for additional separations and information that might help unify families, according to the official.

“There is also a lot of misinformation in the files — wrong dates, confusion in names, doubled up cases,” the official said. “Those are just a few of the issues we are discovering.”

The American Civil Liberties Union through litigation has identified around 4,000 children who were separated from their parents under the zero-tolerance policy.