No crossing 'red lines' in relations with Russia, Putin says 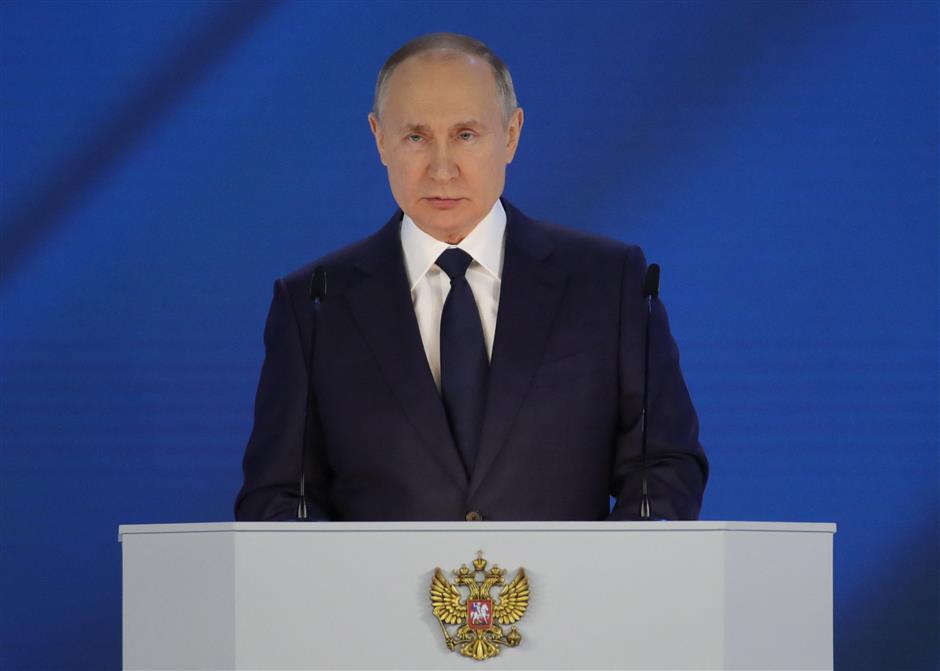 Russian President Vladimir Putin delivers his annual state of the nation address at the Federal Assembly at the Manezh Exhibition Hall in Moscow on April 21, 2021.

No countries should cross Moscow-set "red lines" in relations with Russia, which will resolutely protect its national interests, Russian President Vladimir Putin said on Wednesday in his annual address to the Federal Assembly.

"The world has become accustomed to illegal sanctions and rude attempts by some countries to impose their will on others," Putin said.

"Russia has its interests, which it will defend in the framework of international law," he added.

Putin stressed that Russia does not want to "burn bridges" with anyone but will act fast and respond symmetrically when necessary.

"At the same time, we will have enough patience, responsibility, professionalism, self-confidence and common sense when making any decision," he said.