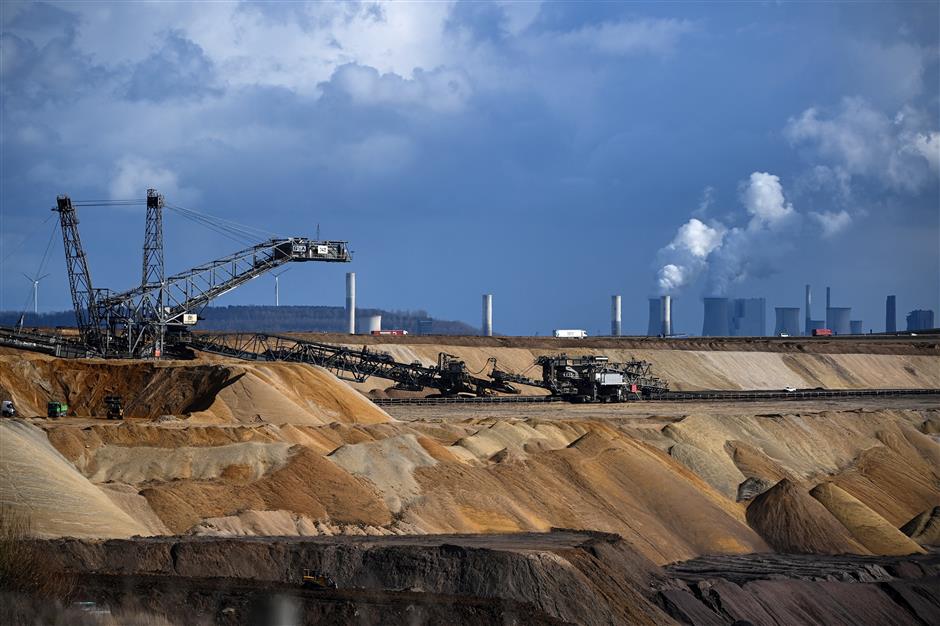 This file photo taken on March 15, 2021 shows an open-cast lignite mine near the coal-fired power station Neurath of German energy giant RWE in Garzweiler, western Germany.

The German government is planning a new green financing strategy to steer capital toward environmental projects and developing the country into a leading hub for sustainable finance.

The Sustainable Finance Strategy plan lists 26 individual measures and was due to be adopted by the cabinet late yesterday with a view to mobilizing investment for climate protection projects.

“The federal government wants to develop Germany into a leading location for sustainable finance,” states the plan, which is aligned with the United Nations’ Sustainable Development Goals.

The plan aims to support the European Union becoming carbon neutral by 2050 — a target the European Commission estimates will require 350 billion euros (US$490 billion) to be invested annually.

Berlin wants to coordinate the traffic light plan with the EU if possible, but if it cannot move ahead quickly with the bloc it will start with Germany’s Federal Environment Agency.

The government also plans to increase guarantees and export credit assistance for green projects, and to reallocate 9 billion euros in equities it holds in pension and welfare funds into green investments.

With the Greens topping most opinion polls, Chancellor Angela Merkel’s conservatives and their Social Democratic coalition partners are eager to tout their green credentials before September’s federal election.

The government sees green bond issuance this year similar to 2020, when it launched its first two green bonds worth a combined 11.5 billion euros. A 30-year green bond is planned this month, with a 10-year issue to follow in the second half.