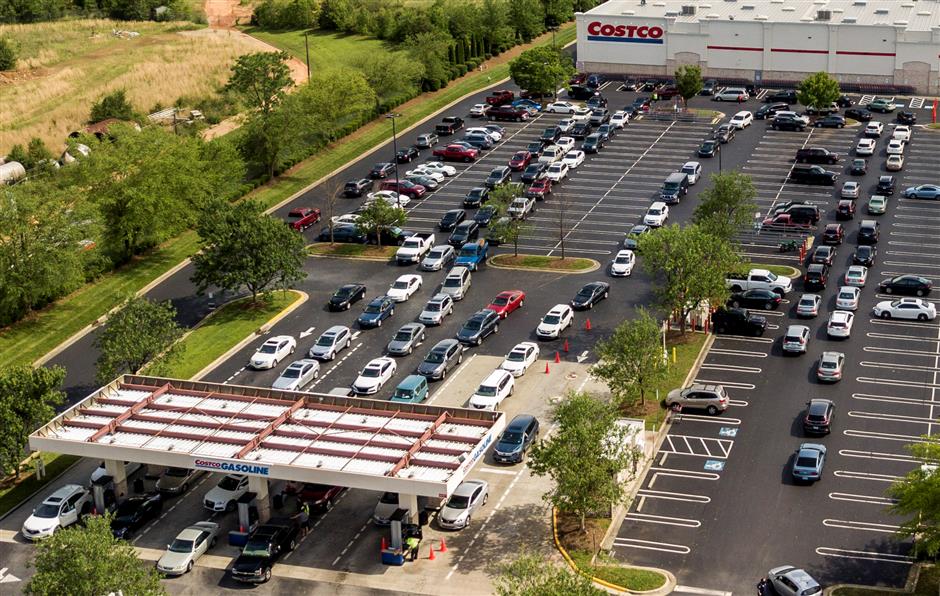 Vehicles line up for gas at a Costco in North Carolina on Tuesday.

US environmental regulators issued emergency fuel waivers on Tuesday to help alleviate shortages in reformulated gasoline in 12 states and the District of Columbia as supplies tighten five days after a cyber attack shuttered the nation’s biggest pipeline.

The Environmental Protection Agency initially said the fuel vapor rule waiver would continue through May 18 for fuel sold in Washington, DC, Maryland, Pennsylvania and Virginia, and that it may take other steps along with the Department of Energy.

Later on Tuesday it issued a second waiver to also include Alabama, Delaware, Georgia, specific counties of Florida, Louisiana, Mississippi, North Carolina, South Carolina, and Tennessee, and extend its duration through May 31.

The White House in a statement late on Monday also said it was continuing to monitor supply shortages and was evaluating its options following the Colonial Pipeline attack.

“As required by law, EPA and DOE evaluated the situation and determined that granting a short-term waiver was consistent with the public interest,” the EPA said, adding it was prepared to offer “additional flexibility” as needed to address any fuel shortages.

On Sunday, the US Transportation Department said it was issuing a temporary hours of service exemption for truck drivers transporting gasoline, diesel, jet fuel and other refined petroleum products in states that could be impacted by the pipeline shutdown.

The hack of the Colonial Pipeline shut a major artery to ship fuel in the eastern US although the company expects to get the pipeline operating by the end of this week.