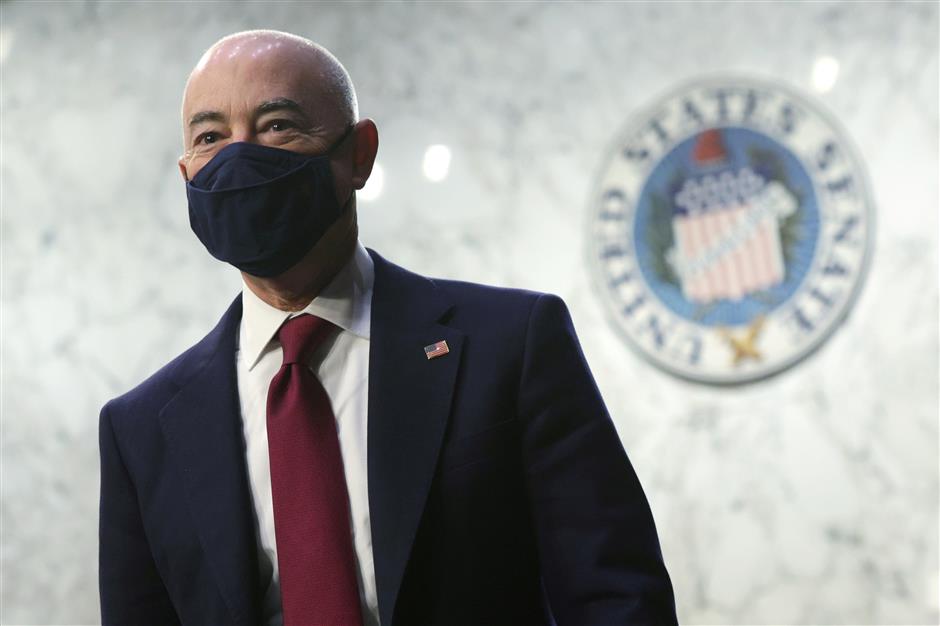 Parents emerge from the brush into a baseball field, carrying exhausted children. US Border Patrol agents dictate orders: Families with young children in one line and unaccompanied children in another. The smallest of three lines is for single adults.

The scene on Tuesday night in La Joya, a town of about 4,000 people, plays out nightly in Texas’ Rio Grande Valley, presenting President Joe Biden with one of the most serious challenges of his young presidency — high numbers of migrants crossing the US-Mexico border to seek asylum. April was the second-busiest month on record for unaccompanied children encountered at the border, following March’s all-time high.

But while asylum-seeking families and children dominate public attention, single adults represent a growing number of border encounters, nearly two of every three in April. They are less likely to surrender to authorities than families and children, making them less visible.

The Border Patrol’s 173,460 total encounters in April were up 3 percent from March, marking the highest level since April 2000. The numbers, released on Tuesday, are not directly comparable because most of those stopped were quickly expelled from the country under federal pandemic-related powers that deny rights to seek asylum. Being expelled carries no legal consequences, so many people try to cross multiple times.

Single adults — more than half of them from Mexico — drove the increased activity. The Border Patrol had 108,301 such encounters in April, up 12 percent from March. Nearly nine of 10 adult encounters ended in expulsions under pandemic-related authority that began under former President Donald Trump and continued under Biden.

Biden, however, exempts unaccompanied children from expulsion, allowing them to stay in the US while pursuing asylum claims. Families with young children are also often released in the US while their cases wind through the bottlenecked immigration courts.

Some current and former border enforcement officials say massive attention on families and unaccompanied children consumes agents’ time and has created an opening for single adults and drug smugglers to elude authorities.

Michael Fisher, the Border Patrol chief from 2010 to 2015, said some agency leaders have told him that agents are spending 40 percent less time patrolling and more on “processing, doing meals” and duties related to the increased numbers of children.

“The line is very thin right now, and the cartels exploit that,” he said.

The Trump administration frequently flew Mexican adults far from the border in hopes of deterring them from crossing again, but recidivism has remained unusually high. The Border Patrol says 29 percent of people expelled in April had been expelled before.