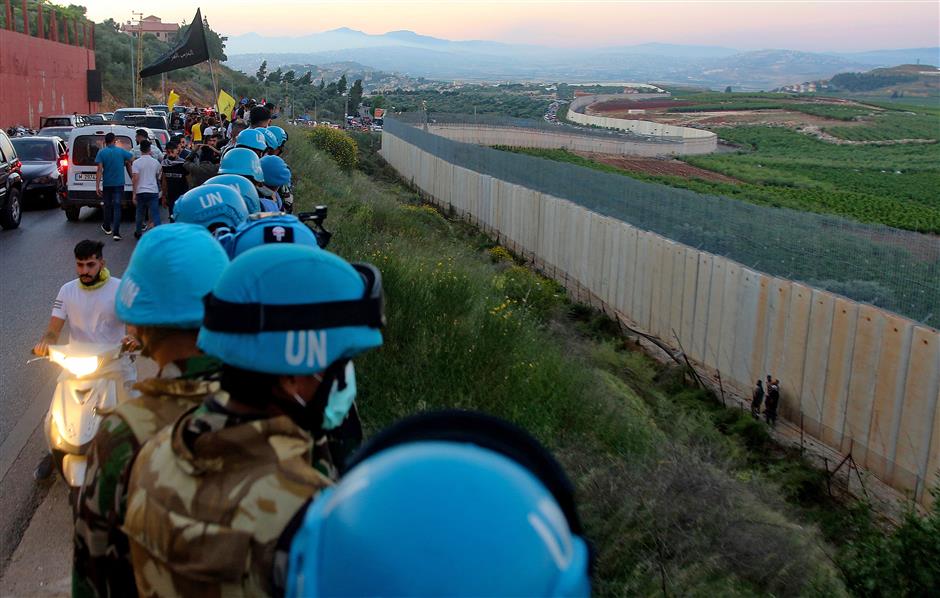 United Nations peacekeeping force in Lebanon soldiers stand along the border wall with Israel in the Lebanese village of Adaiseh on May 15, 2021.

The fire triggered sirens in the community of Kibbutz Misgav Am in northern Israel.

"Six failed launches were identified from Lebanon that did not cross into Israeli territory," an Israeli military spokesperson said in a statement.

There were no immediate reports of casualties on both sides.

The Israeli military's Homefront Command ordered opening of shelter in communities within 4 km from the Lebanese border.

The incident came amid a deadly escalation between Israelis and Palestinians in the Gaza Strip and the West Bank.