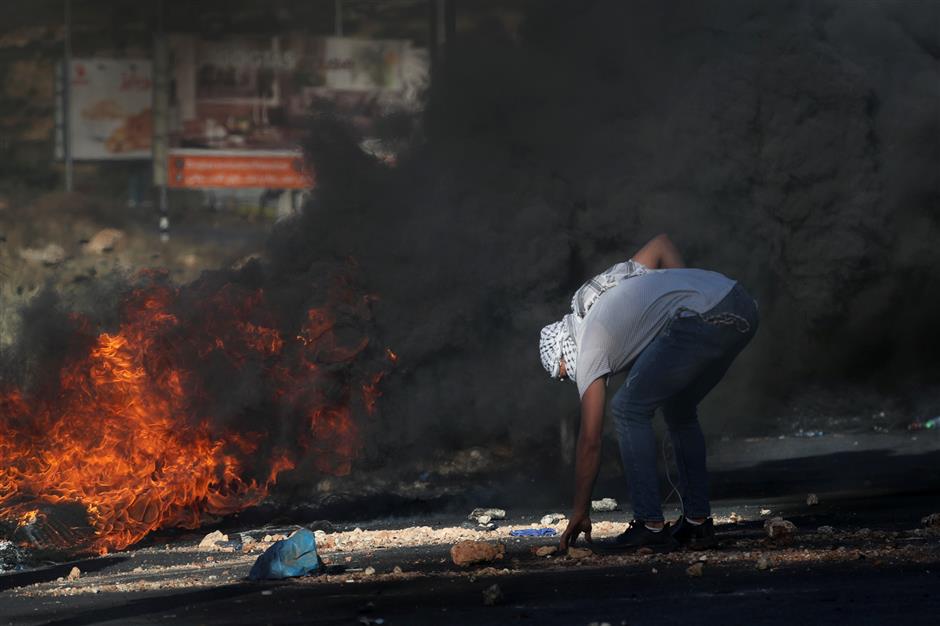 A Palestinian demonstrator prepares to throw a stone during an anti-Israel protest in the Israeli-occupied West Bank on Tuesday.

US President Joe Biden’s administration approved the potential sale of US$735 million in precision-guided weapons to Israel, and congressional sources said on Monday that lawmakers were not expected to object to the deal despite violence between Israel and Palestinian militants.

Three congressional aides said Congress was officially notified of the intended commercial sale on May 5, as part of the regular review process before major foreign weapons sales agreements can go ahead.

The sale was first reported by the Washington Post.

The sale of Joint Direct Attack Munitions, or JDAMs, made by Boeing Co, was considered routine at the time, before the start last week of the fiercest hostilities in the region in years.

There were no objections at the time by the Democratic and Republican leaders of the congressional foreign affairs committees that review such sales, aides said.

Asked for comment, a State Department spokesperson noted that the department is restricted under federal law and regulations from publicly commenting on or confirming details of licensing activity related to direct commercial sales like the JDAMs agreement.

“We remain deeply concerned about the current violence and are working towards achieving a sustainable calm,” the spokesperson said.

Strong support for Israel is a core value for both Democratic and Republican members of the US Congress, despite calls from a few of the most progressive Democrats to take a tougher stance against the government of Israeli President Benjamin Netanyahu.

US law allows Congress to object to weapons sales, but it is unlikely to do so in this case. Because Israel is among a handful of countries whose military deals are approved under an expedited process, the typical window for objecting will close before lawmakers can pass a resolution of disapproval, even if they were inclined to.