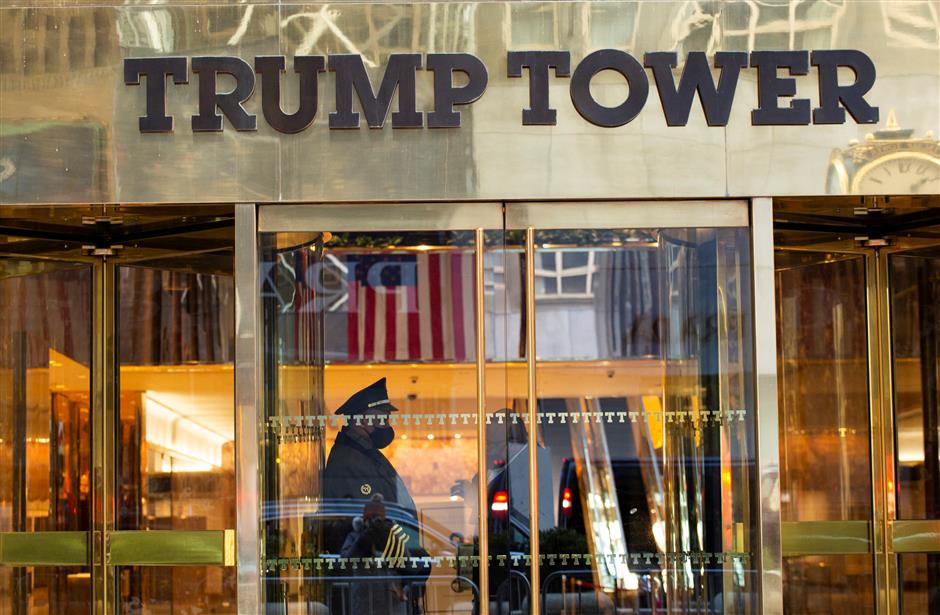 The Trump Organization is being investigated in a "criminal capacity," the New York state attorney general's office said on Tuesday, as prosecutors advance their probe into former President Donald Trump's business dealings.

"We have informed the Trump Organization that our investigation into the organization is no longer purely civil in nature," a spokesman for Attorney General Letitia James' office said.

"We are now actively investigating the Trump Organization in a criminal capacity, along with the Manhattan DA," spokesman Fabien Levy said.

The organization is the holding company of hundreds of Trump entities, ranging from hotels to golf courses.

James' office has otherwise been investigating allegations of bank fraud and insurance fraud through civil proceedings.

Trump, who left the White House in January, denies wrongdoing and has described a parallel criminal investigation by Manhattan District Attorney Cyrus Vance as "a continuation of the greatest political witch hunt in the history of our country."

Both Vance and James are Democrats.

The district attorney's investigation initially focused on hush payments made to two women who allege they had affairs with Trump, but had expanded to allegations of tax evasion, and insurance and bank fraud.

That investigation is being carried out behind closed doors in front of a grand jury, and appeared to be progressing with Vance's team receiving eight years of Trump's tax returns in March.

Two assistant attorneys general will join the district attorney's efforts, according to sources familiar with the matter cited in The New York Times, as James' office continues its civil inquiry.

Six months after Trump lost the US election, millions of Republicans still look to the one-term ex-president as their leader, despite his repeated baseless claims that Joe Biden prevailed in the vote because of fraud.

The only leader in US history to be impeached twice, Trump retreated to his Mar-a-Lago estate in Florida after leaving office.

He additionally lost his powerful social-media megaphones of Twitter and Facebook following the deadly January 6 attack on the US Capitol.

Yet his messaging appears to still be resonating, with a CBS News poll released last weekend finding that 67 percent of Republican voters believe Biden is not the legitimately elected president.

Some Republicans fear that failing to reject Trump's rhetoric about voter fraud could hurt the party, even if a major key to high voter turnout is to motivate Trump's fiercely loyal base.