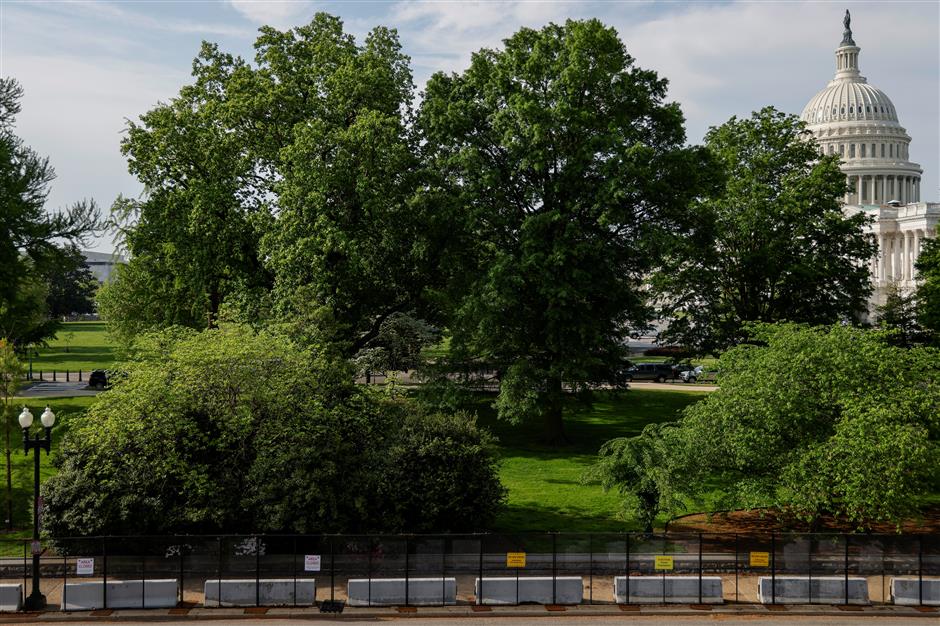 An unscalable security fence, erected after the January 6 riots, continues to surround the US Capitol in advance of US President Joe Biden's first speech to a joint session of Congress in Washington, US, on April 28, 2021.

The US House of Representatives on Wednesday voted to create an independent commission to probe the deadly on January 6 attack on the Capitol by former President Donald Trump's supporters, as one in six Republicans defied party leaders' attempts to block it.

Over the past two days, House Republican Leader Kevin McCarthy and Senate Republican Leader Mitch McConnell worked to kill a bipartisan bill to establish the commission to investigate the violence that left five dead including a Capitol Police officer.

But the House voted by 252-175 to approve the commission, which was styled after the panel that probed attacks on the United States on September 11, 2001. The bill now goes to the Senate where its future was uncertain.

The solid number of Republicans voting for the independent investigation — 35 out of 211 — signaled some cracks in the party's defense of Trump on a key vote. Trump opposes the creation of a commission.

All 10 of the House Republicans who voted to impeach Trump in January voted for the commission.

The bipartisan outcome could give Senate Republicans second thoughts about working to defeat the initiative.

House Majority Leader Steny Hoyer, a Democrat, said McCarthy "got what he asked for" in a compromise on the structure of the commission, which would be charged with wrapping up its investigation by December 31. McCarthy is a close ally of Trump.

Earlier in the day, McConnell announced he would not support the House bill, calling it "the House Democrats' slanted and unbalanced proposal" and saying existing congressional investigations are sufficient.

In the 50-50 Senate — controlled by Democrats only because Vice President Kamala Harris can cast tie-breaking votes — Republicans can block the legislation. At least 60 votes are needed to advance most bills.

"There will continue to be no shortage of robust investigations," said McConnell, who in January said that the mob that attacked the Capitol was "fed lies" and "provoked" by Trump and others. 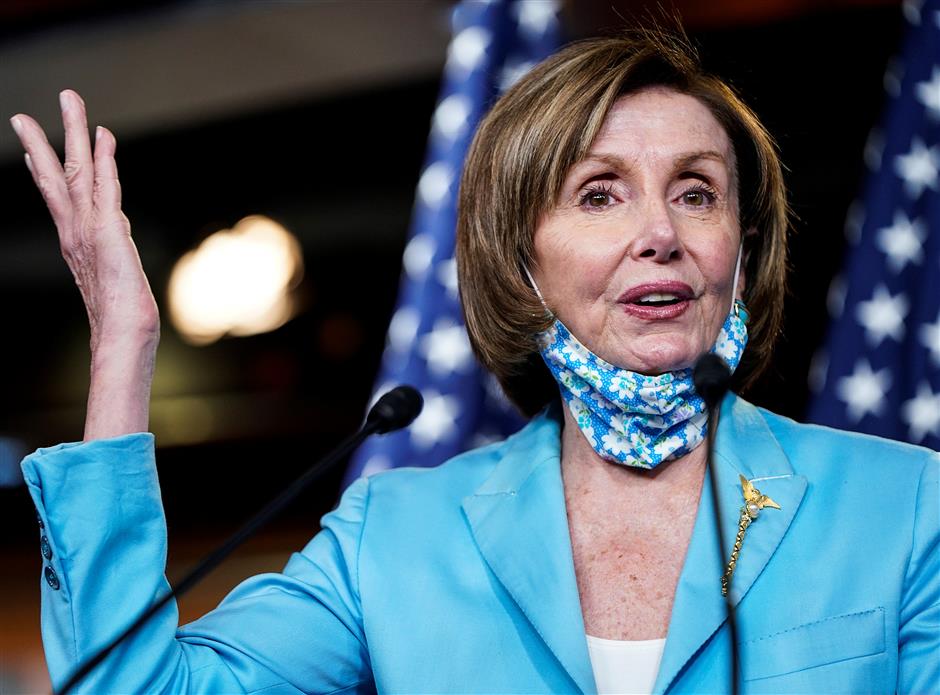 US House Speaker Nancy Pelosi speaks about pending legislation which would establish an independent, bipartisan 9/11-style commission to investigate the January 6 US Capitol attack, during a news conference on Capitol Hill in Washington, US, on May 19, 2021.

"But that's not the path we have chosen to go," Pelosi added, explaining that a bipartisan, outside investigation was needed to win the public's trust in any findings.

The 10-member commission would produce a public report including recommendations for preventing another Capitol attack. It would be charged with examining security and intelligence failures surrounding the riot in which Trump's supporters, after he delivered an incendiary speech, interrupted the formal congressional certification of Democrat Joe Biden's victory in the November election.

During debate, Republican Representative John Katko said, "An independent 9/11-style review is critical for removing the politics around January 6."

The House bill, unveiled last week, would give Republicans equal power with Democrats in appointing commissioners and equal say over witnesses.

Senate Majority Leader Chuck Schumer said he will schedule a debate on the legislation. Schumer accused Republican leaders of "caving to Donald Trump and proving that the Republican Party is still drunk off the Big Lie" that the 2020 US presidential election was stolen from Trump through massive voter fraud.